By Wayne Cole SYDNEY (Reuters) - Asian shares were trying to end a bleak week in the black on Friday as upbeat U.S. economic news and solid company earnings offered a respite from the interminable Sino-U.S 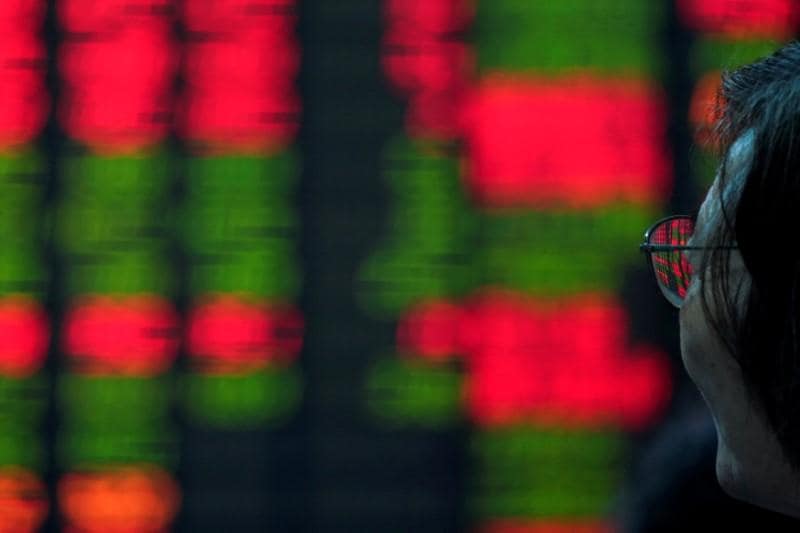 SYDNEY (Reuters) - Asian shares were trying to end a bleak week in the black on Friday as upbeat U.S. economic news and solid company earnings offered a respite from the interminable Sino-U.S. trade saga.

The reprieve might prove brief, however, given the fallout from President Donald Trump's move to block China's Huawei Technologies from buying vital American technology.

"It is hard to get too excited as the news flows in the trade front points to an escalation rather than an ease in tensions," said Rodrigo Catril, senior FX strategist at National Australia Bank.

"Many commentators are suggesting the decision on Huawei and other Chinese telecos effectively means the President has taken the 'nuclear option' and it has now move towards a 'fully-fledged' tech war with China."

For now, Asian markets were just happy for a break. MSCI's broadest index of Asia-Pacific shares outside Japan inched up 0.1% and off a 15-week trough, but was still down 1.8% for the week.

Japan's Nikkei bounced 0.7% in early trade, while the main Australian index added 0.5%. E-Mini futures for the S&P 500 were steady.

Sentiment had been bolstered by better U.S. economic news, with U.S. housing starts surprisingly strong and a welcome pickup in the Philadelphia Federal Reserve's manufacturing survey.

Upbeat results from Walmart burnished the outlook for retail spending, though the giant chain also warned that tariffs would raise prices for U.S. consumers.

As the earnings season winds down, of the 457 S&P 500 companies reporting about 75% have beaten profit expectations, according to Refinitiv data.

The pullback in risk aversion lifted Treasury yields, particularly at the short end where two-year yields rose to 2.19 percent.

Bond prices might also have been pressured by a speech from influential Fed Governor Lael Brainard who said the central bank could encourage "opportunistic reflation" by allowing inflation to run above its 2% target for some years.

The rise in yields underpinned the U.S. dollar, which hit a two-week high against a basket of currencies at 96.882.

Sterling was one of the worst performers as Britain's Prime Minister Theresa May battled to keep her Brexit deal, and her premiership, intact amid growing fears of a disorderly departure from the European Union.

Also under pressure was the Australian dollar, losing 1.5% for the week to $0.6890 as investors piled into bets that interest rates would be cut in June.

In commodity markets, spot gold dropped off to $1,286.37 per ounce as risk sentiment improved.

Oil futures firmed as tensions in the Middle East grew, with a Saudi-led coalition launching air strikes in retaliation for recent attacks on its crude infrastructure.