By Andrew Galbraith SHANGHAI (Reuters) - Asian equity markets were a tad lower on Tuesday as investors refrained from making major bets before Dec. 15, when the next round of U.S 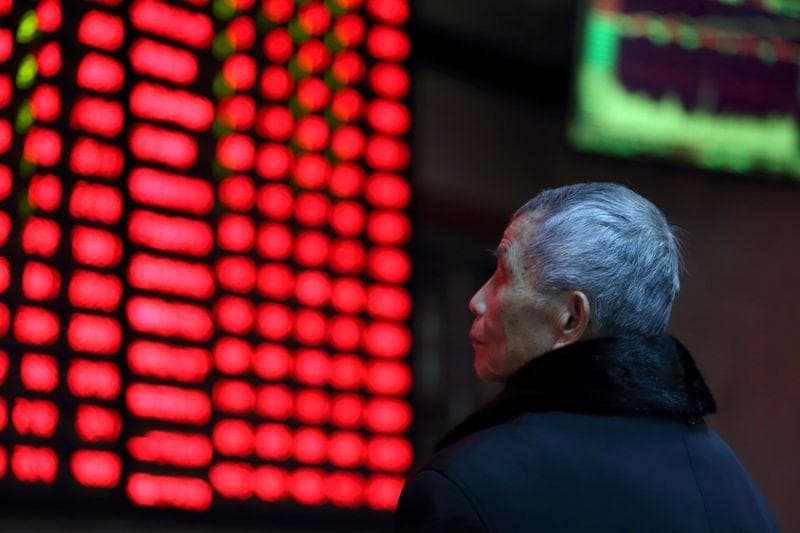 SHANGHAI (Reuters) - Asian equity markets were a tad lower on Tuesday as investors refrained from making major bets before Dec. 15, when the next round of U.S. tariffs on Chinese imports is due to take effect.

A Chinese Commerce Ministry official said on Monday that Beijing hopes to make a trade deal with Washington as soon as possible before new U.S. tariffs are due to kick in this weekend. [nL4N28J1P8]

MSCI's broadest index of Asia-Pacific shares outside Japan <.MIAPJ0000PUS> was down just 0.04% as the Asian trading day began on Tuesday.

"The decision whether or not to raise tariffs on Dec. 15 rests with President Trump and he has continued his constructive ambiguity on the issue which is keeping markets guessing," said Tapas Strickland, a director of economics and markets at National Australia Bank.

Investors were also keeping an eye on the U.S. Federal Reserve, which is expected to keep rates unchanged at its two-day policy meeting, which ends Wednesday.

Following the Fed, investors are likely to scrutinise the first policy meeting led by new European Central Bank President Christine Lagarde on Thursday for clues on where she will take the bank. [nL8N28D4HH]

While expectations of a Conservative Party victory in Thursday's UK election have powered a rally in the pound, options markets indicate worries of a post-election retreat. [nL8N28F42W]

"Polls have been wrong before, so a surprise can't be ruled out - that's exactly what happened in the 2017 election," analysts at ANZ said in a morning note.

"But it's not just about Brexit. Fiscal expansion is also on the cards, with ending austerity a major theme of the election irrespective of who wins," they said.

Sterling, which hit its highest level against the dollar since April on Monday, inched up 0.02% to buy $1.3145.

The dollar index <.DXY>, which tracks the U.S. currency against a basket of six major rivals, was at 97.644.

Worries over trade pushed oil prices lower. Data released on Sunday showed that Chinese exports declined for a fourth straight month, underscoring the impact of the trade war between the U.S. and China, which is in its 17th month. [nL4N28I13Y]

Gold was down less than 0.1% on the spot market