By Pete Schroeder (Reuters) - Investors in Asia were set to push stocks lower on Friday as concerns about U.S. stimulus and climbing COVID-19 cases weighed globally on optimism 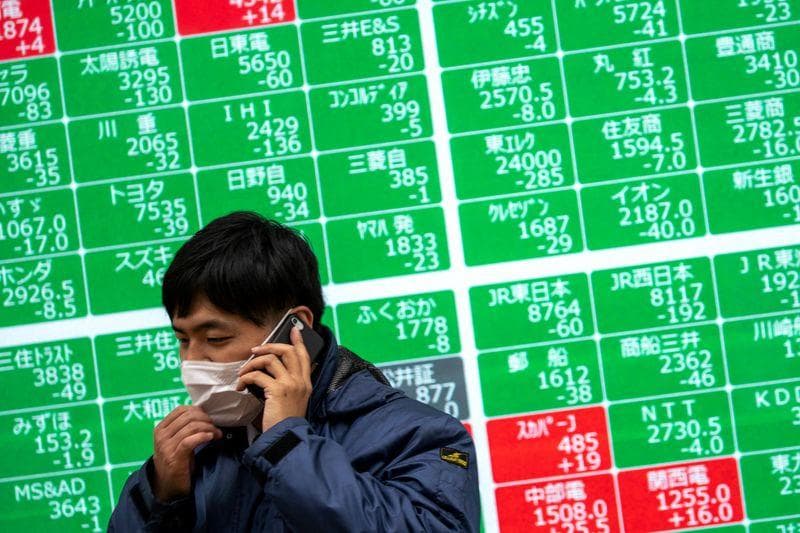 (Reuters) - Investors in Asia were set to push stocks lower on Friday as concerns about U.S. stimulus and climbing COVID-19 cases weighed globally on optimism.

U.S. Treasury Secretary Steven Mnuchin said negotiations over a new COVID-19 relief package were making "a lot of progress," although lawmakers in both parties said action could take longer than originally hoped as sticking points remained and Republican Senate Majority Leader Mitch McConnell's staff were skeptical compromises could be made.

Attention on the stimulus package grew sharper after new data showed the number of Americans filing first-time claims for jobless benefits jumped to a near three-month high, as spiking COVID-19 cases weighed on economic activity.

"U.S. policymakers are still trying to hammer out a coronavirus relief package," wrote Joseph Capurso, a strategist with the Commonwealth Bank of Australia. "The U.S. economy needs fiscal relief because lockdowns continue to spread. The lockdowns are closing businesses and preventing spending."

In Britain, Prime Minister Boris Johnson said there was a "strong possibility" the nation could split from the European Union with a trade agreement. Sterling fell on the likelier prospects of a no-deal Brexit.

The euro rose after the European Central Bank announced more stimulus measures to help steer the region out of a double-dip recession.

In the United States, strong demand for $24 billion in 30-year Treasury bonds on auction drove longer-dated yields down and flattened the yield curve. The benchmark 10-year yield fell 3.3 basis points on Thursday to 0.908%.