By Jessica DiNapoli NEW YORK (Reuters) - Asian stocks were set to come under pressure on Wednesday after Wall Street sank for the third consecutive day led by declines in heavyweight technology companies, and oil prices hit lows not seen since June. “The performance of Wall Street is going to leave a heavy residue, and most noteworthy is how the tech names dropped down quite aggressively. 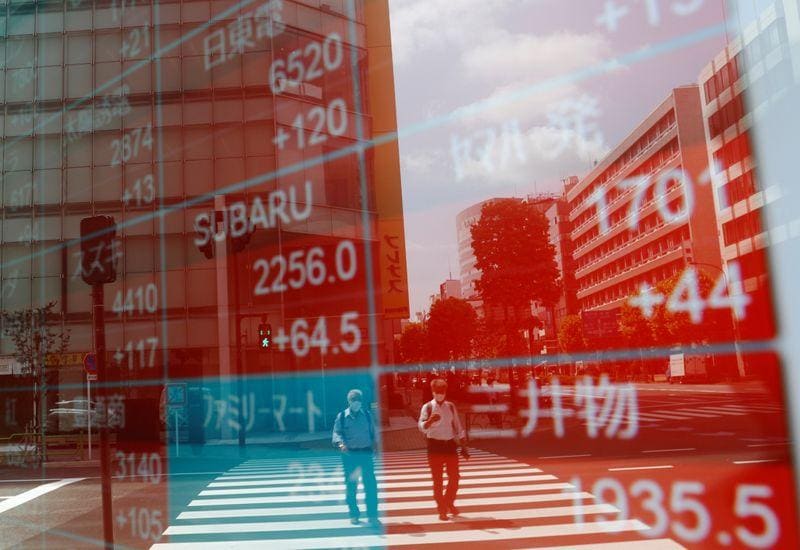 NEW YORK (Reuters) - Asian stocks were set to come under pressure on Wednesday after Wall Street sank for the third consecutive day led by declines in heavyweight technology companies, and oil prices hit lows not seen since June.

“The performance of Wall Street is going to leave a heavy residue, and most noteworthy is how the tech names dropped down quite aggressively. Investors will take a close note of that,” said Tom Piotrowski, a markets analyst at Australian broker CommSec.

“The dramatic fall in oil prices in the last day is being seen as a proxy for global growth expectations. That 7.6% fall will certainly be resonating.”

Escalating concerns over Britain leaving the European Union without a trade agreement added to the downdraft facing Asian markets.

MSCI's gauge of stocks across the globe <.MIWD00000PUS> shed 2.03% following declines in Europe.

Among U.S. technology names, electric-car maker Tesla plunged 21.06% to suffer its biggest daily percentage drop after it was excluded from a group of companies being added to the S&P 500.

The safe-haven U.S. dollar rose on Tuesday to a four-week high, led by gains versus sterling on renewed fears about Brexit and as investors' appetite for risk fell with Wall Street's sell-off.

Oil futures sunk sharply lower on Tuesday, with Brent falling below $40 a barrel for the first time since June and U.S. crude declining nearly 8%, in part because of rising COVID-19 cases in some parts of the world. U.S. crude