By Suzanne Barlyn (Reuters) - Asian equities were set to slip on Wednesday as halted COVID-19 vaccine trials and an elusive U.S. stimulus agreement weighed on investor sentiment, while the dollar rose from Tuesday's three-week low as demand firmed for safe-haven assets. Johnson & Johnson said on Tuesday that it was pausing a COVID-19 vaccine trial due to a study participant's unexplained illness. 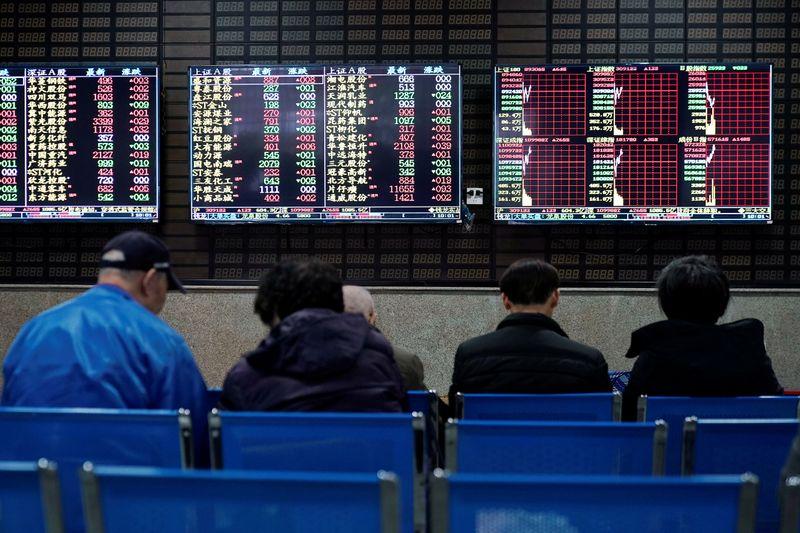 vaccine trials and an elusive U.S. stimulus agreement weighed on investor sentiment, while the dollar rose from Tuesday's three-week low as demand firmed for safe-haven assets.

"That just spoke to the fact that a vaccine could take longer to be delivered than what the market's expectations are calibrated towards," said CommSec market analyst Tom Piotrowski in Sydney.

The Australian share market will likely open about 1% lower when trading kicks off on Wednesday, Piotrowski said.

The U.S. dollar was on track for its best daily performance in three weeks. The dollar index <=USD> rose 0.543%, with the euro

The Australian dollar was slugged by news that Beijing has stopped taking shipments of Australian coal, dragging the Aussie 0.03% lower versus the greenback at $0.716.

Sentiment in European and U.S. equities defied earlier resilience in Asia, where Chinese shares got a lift from data released on Tuesday that showed exports rising 9.9% in September and imports swinging to a 13.2% gain, versus a 2.1% drop in August.

The data signaled a rebound in the world's second-largest economy but was mostly brushed aside by world stock and bond markets. Still, it boosted oil prices as investors hoped for a slow recovery in energy demand.

The Japanese yen was flat versus the greenback at 105.47 per dollar, while sterling

Bank of England Governor Andrew Bailey on Tuesday said he did not think the economy was undergoing a sharp, 'V'-shaped recovery, because of headwinds from a second wave of COVID and underlying public caution about spending and socializing after the pandemic.

"A 'V' is really not the way I look at it in terms of what we face going ahead," Bailey told the House of Lords' Economic Affairs Committee. "The recovery will take time."

Investors are also watching tensions between the European Union and Britain after the EU demanded "substantive" movement on Tuesday on fisheries, dispute settlement and guarantees of fair competition in their talks on a post-Brexit trade deal, with Germany saying they were at a "critical stage."

EU leaders hold a summit in Brussels on Thursday and Friday to assess progress.