By Neha Dasgupta, Sanjeev Miglani and Manoj Kumar NEW DELHI (Reuters) - India's Prime Minister Narendra Modi said on Monday that he could not compromise the interests of farmers and workers at home by joining a China-led regional trade pact after it failed to address Delhi's concerns over market access. The Regional Comprehensive Economic Partnership (RCEP) is backed by China and also brings in the 10-member Association of Southeast Asian Nations (ASEAN), Japan, South Korea, Australia and New Zealand. Modi faced rising opposition to the deal from within his conservative Hindu base of small traders, as well as the main opposition party, who said it would potentially throw open India's giant market to a flood of cheap Chinese imports. 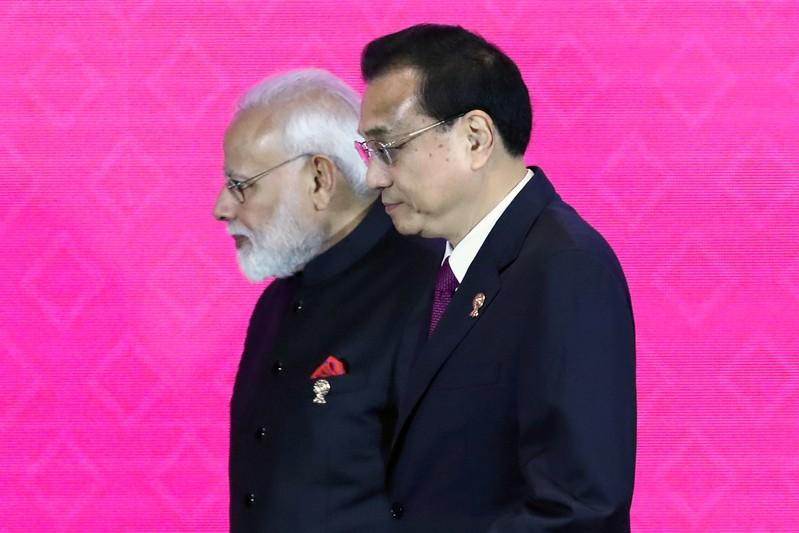 NEW DELHI (Reuters) - India's Prime Minister Narendra Modi said on Monday that he could not compromise the interests of farmers and workers at home by joining a China-led regional trade pact after it failed to address Delhi's concerns over market access.

Modi faced rising opposition to the deal from within his conservative Hindu base of small traders, as well as the main opposition party, who said it would potentially throw open India's giant market to a flood of cheap Chinese imports.

"When I measure the RCEP Agreement with respect to the interests of all Indians, I do not get a positive answer," Modi said in a speech at the RCEP summit, according to a government note.

The 15 other countries said in a statement on Monday they had agreed terms on Monday for what could be the world's biggest trade pact.

India has been worried that the agreement, which requires the gradual elimination of tariffs, would open up the country's domestic markets to a flood of cheap Chinese goods and agricultural produce from Australia and New Zealand that would harm local producers.

Indian trade negotiators and business groups backing the deal said Indian industry would have joined global supply chains for high-end goods such as electronics and engineering.

That, and greater access to overseas markets, would have helped offset an economic slowdown at home, they argued.

"The long term interest of industry in India is to get well integrated in global value chains and beneficial trade agreements could play important roles in realizing this interest," said Vikram Kirloskar, president of the Confederation of Indian Industry, a top business group, in a statement.

India's economic growth has fallen to a six-year low and exports have taken a hit due to the trade war between the United States and China, alongside protectionist measures taken by other countries.

PM Modi said there were no assurances for India on market access and non-trade barriers in the RCEP pact.

India's most thorny market access issue has been with its second-biggest trading partner China, with whom India had a $53 billion trade deficit in 2018/19.

India had been pushing to build safeguards into the pact to prevent a sudden surge in imports, but inadequate protection was among the key issues that persuaded New Delhi not to sign the pact, government sources said.