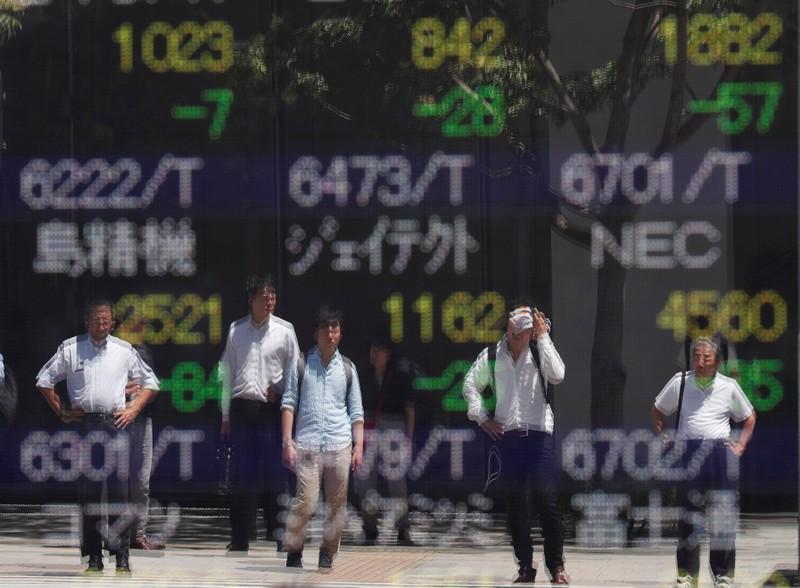 Supporting the market mood, U.S. President Donald Trump on Monday flagged the possibility of a trade deal with China and said he believe Beijing was sincere in its desire to reach an agreement. Global markets had been roiled at the start of the week by new tariffs from the world's two largest economies.

MSCI's broadest index of Asia-Pacific shares outside Japan <.MIAPJ0000PUS> was up 0.2% after dropping 1.3% the previous day.

Equity markets may have found traction for now but the longer-term outlook for risk assets, buffeted repeatedly by trade concerns, remained shaky.

"There is still a large element of uncertainty regarding the U.S.-China trade dispute. It remains difficult to foresee a resolution, and this will continue to weigh on equity market sentiment," said Shusuke Yamada, chief Japan FX and equity strategist at Bank Of America Merrill Lynch.

"Apart from the trade war, the equity markets also have to keep an eye on Brexit proceedings, monetary policy of key players such as the European Central Bank and moves in the Chinese yuan."

In currencies, the dollar held gains made the previous day thanks to a rebound in U.S. Treasury yields.

The dollar index <.DXY> versus a basket of six major currencies stood at 98.027, having risen about 0.5% overnight.

Crude oil prices recovered some ground after significant losses the previous day on the prospect of crude from Iran, currently facing sanctions, hitting the market.

Oil prices fell on Monday after French President Emmanuel Macron said preparations were underway for a meeting between Iranian President Hassan Rouhani and President Trump in the coming weeks to find a solution to a nuclear standoff.