(Reuters) - Asian equities made early trading gains on Thursday after a mixed session Wall Street buoyed by expectations of a U.S. stimulus package even as political events in Washington culminated in the impeachment of President Donald Trump. U.S 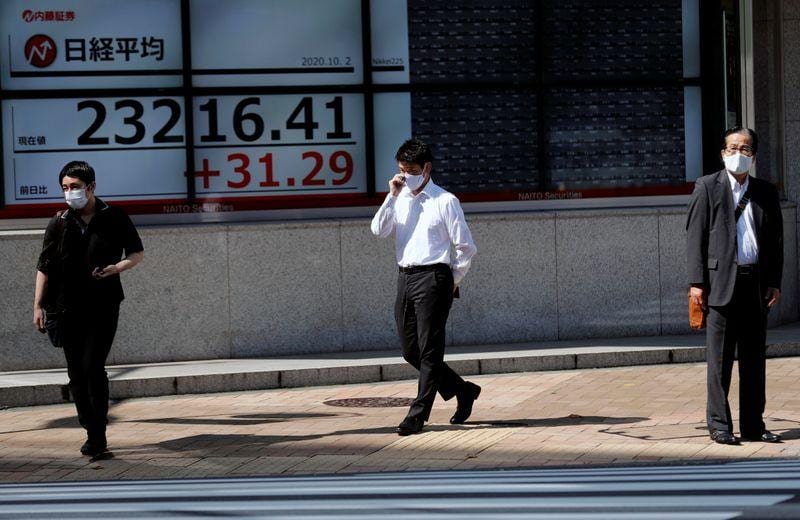 (Reuters) - Asian equities made early trading gains on Thursday after a mixed session Wall Street buoyed by expectations of a U.S. stimulus package even as political events in Washington culminated in the impeachment of President Donald Trump.

"There this push-pull relationship between what happens in the bond market and equity markets," said Charlie Ripley, senior investment strategist at Allianz Investment Management.

"Bond yields have risen in prospect of more stimulus spending and if yields continue to rise to there's going to be some pressure on equity markets."

Intel Corp was the biggest percentage gainer in the S&P, advancing 7% after the chipmaker said it would replace its Chief Executive Officer Bob Swan with VMware Inc CEO Pat Gelsinger next month.

Wall Street's main indexes had hit record highs last week on expectations for a hefty COVID-19 relief package, which President-elect Joe Biden is due to unveil on Thursday.

Following the storming of the U.S. Capitol, the House of Representatives voted on Wednesday to impeach Donald Trump, making him the first U.S. president to be impeached twice.

Several Federal Reserve officials pushed back against the idea of the central bank tapering its asset purchases any time soon despite expectations of higher inflation.

The climb in yields is expected to resume, partly due to the effect of the stimulus package from the Biden adimistration, which will be inaugurated next week.

The U.S. dollar rebounded from near three-week lows on Wednesday, rising broadly on hopes of increased government spending.

Oil prices fell as the threat of lower demand due to rising global COVID-19 cases outweighed support from a greater-than-anticipated drop in U.S. crude inventories.