By Wayne Cole SYDNEY (Reuters) - Asian share markets were looking to steam higher on Friday amid reports a last-gasp trade deal had been struck that would avert new U.S. tariffs on China, while Prime Minister Boris Johnson's Conservative Party looked to have won a clear majority in the UK elections 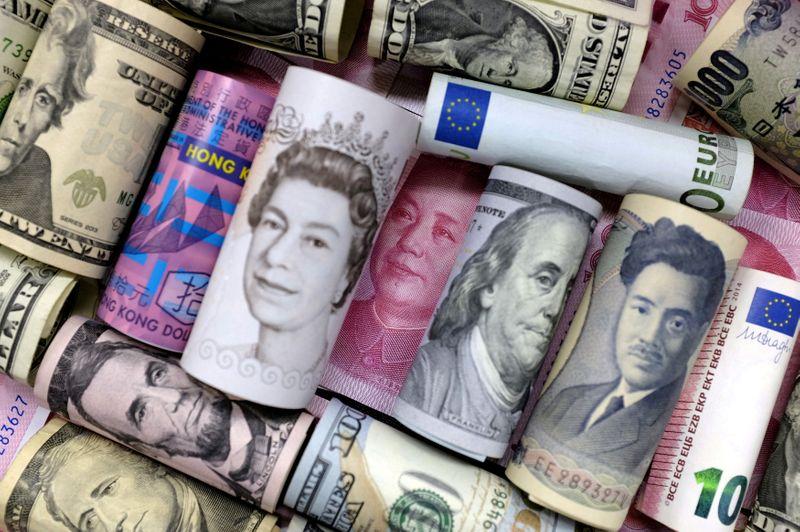 SYDNEY (Reuters) - Asian share markets were looking to steam higher on Friday amid reports a last-gasp trade deal had been struck that would avert new U.S. tariffs on China, while Prime Minister Boris Johnson's Conservative Party looked to have won a clear majority in the UK elections.

A wave of trade relief overnight had already lifted Wall Street to record highs while hammering safe-haven sovereign bonds and the Japanese yen.

Exit polls suggesting the ruling right-wing Conservatives could gain a commanding 368 seats in Britain's Parliament seemed to settle another uncertainty and added to the cheer.

Sentiment had soared on reports the United States has reached a "phase-one" trade deal in principle with China, and President Donald Trump had signed off on it.

Other safe harbours also took a beating, with the yen sliding across the board. The dollar jumped further to 109.49 yen

The dollar fared less well elsewhere as the pound and the euro both benefited from relief over the UK exit polls. The euro added 0.4% to $1.1166

The dollar also lost out to the Chinese yuan to hit an 18-week low as any truce would be a boon for the export-heavy economy. The dollar was last at 6.9432 yuan

Christine Lagarde had struck an upbeat tone on the economy in her first news conference as head of the European Central Bank on Thursday and promised a new style of leadership as she outlined a sweeping one-year review of the bank's workings.