Asia mood to be tested by Trump warning on China

By Wayne Cole SYDNEY (Reuters) - A tentative rebound in global share markets will be tested in Asia on Tuesday after U.S. President Donald Trump quashed hopes he might strike a truce on trade with China, dampening risk appetite across the region. 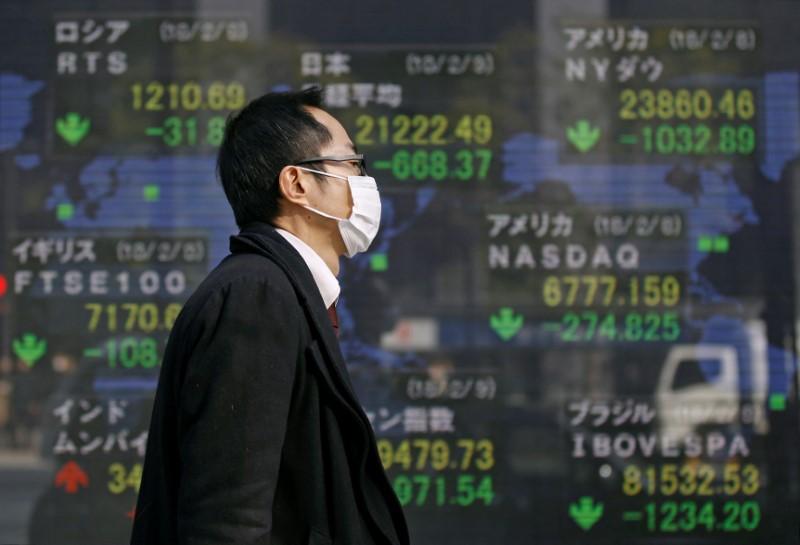 SYDNEY (Reuters) - A tentative rebound in global share markets will be tested in Asia on Tuesday after U.S. President Donald Trump quashed hopes he might strike a truce on trade with China, dampening risk appetite across the region.

In an interview with The Wall Street Journal, Trump said he expects to move ahead with raising tariffs on $200 billion in Chinese imports to 25 percent from 10 percent currently.

Trump said it was "highly unlikely" he would accept China's request to hold off on the increase.

The comments ran counter to recent speculation about a possible deal when Trump meets with Chinese President Xi Jinping at the G20 summit in Buenos Aires later this week.

"Trump's pessimistic view on the chances of a game-changing China trade deal may puncture global equity markets' optimistic start to the week," said Sean Callow, a senior FX analyst at Westpac in Sydney. "Combined with last week's harsh report from the U.S. trade representative, investors have only the flimsiest hope that the Trump-Xi meeting in Argentina will amount to more than a hill of soybeans."

The early reaction was limited to a drop in trade-sensitive currencies, including the Australian dollar

European stocks also bounced on Monday, on talk that Italy was preparing to rework spending plans that have fuelled tensions with the European Union, though coalition leaders later said the government was sticking to its main 2019 budget goals as it awaits a full cost analysis of its most important spending measures for next year. Even oil managed to regain a little ground after the gut-wrenching slide of recent weeks. [O/R]

The rally came after the S&P 500 on Friday recorded its lowest close in six months, down more than 10 percent from September's peaks, putting it in "correction" territory.

In commodity markets, oil prices climbed nearly 3 percent on Monday in what was seen as largely a technical correction after weeks of losses.