By Howard Schneider NASHVILLE, Tenn. (Reuters) - In the depths of the financial crisis, when the world was shunning debt and battening down for the worst, city officials here zagged in what seemed a preposterous direction and spent $600 million on a new convention center. A decade later thousands of new hotel rooms soar over the site, including a 33-story Marriott that is just a tiny part of the investment and jobs boom that has made Nashville an envy of other cities trying to find their footing, an image cemented when Amazon announced it would put a 5,000-job logistics center here 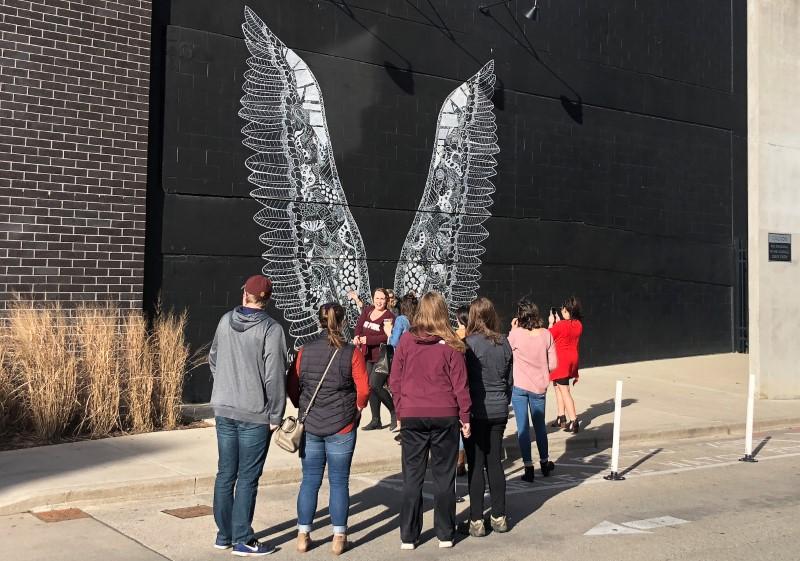 NASHVILLE, Tenn. (Reuters) - In the depths of the financial crisis, when the world was shunning debt and battening down for the worst, city officials here zagged in what seemed a preposterous direction and spent $600 million on a new convention center.

A decade later thousands of new hotel rooms soar over the site, including a 33-story Marriott that is just a tiny part of the investment and jobs boom that has made Nashville an envy of other cities trying to find their footing, an image cemented when Amazon announced it would put a 5,000-job logistics center here.

"Look at the skyline, see the activity - whether it is a Monday night or a Saturday night - the city is thriving," said Tom Turner, president of the Nashville Downtown Partnership.

It is in many ways a positive story of how new winners can emerge even after a devastating recession. But it also represents a major fault line in the recovery that followed: Winning places like Nashville have won big, often for reasons that can't obviously or quickly be replicated, while much of the rest of the country has struggled to stay even or slipped behind.

It is a schism that helped elevate Donald Trump to the presidency with his massive support in less populated and slower-growing areas. The divide is also preoccupying U.S. central bankers and economists worried about what happens if large portions of the country never bounce back.

"The superstar cities have pulled so far away," said MIT economist Simon Johnson. He recently called for a $100 billion annual federal investment in basic research centered in cities like Rochester, New York, that have the base of universities and college graduates to compete as innovation hubs.

"There is no entity other than the federal government that has the capacity to move the needle on this."

The U.S. economy entered a second decade of growth this month, marking the longest expansion on record.

In many ways the country has seemingly recovered from a 2007-2009 recession that was the worst downturn since the 1930s. Unemployment is near a 50-year low, household income has been rising, and the country is at a point in the business cycle when workers typically see their most robust gains.

But a Reuters analysis of federal data shows just how unevenly the spoils of growth have been divided.

In a ranking of 378 metropolitan areas by how their share of national employment changed from 2010 to 2017, 40% of the new jobs generated during that time went to the top 20 places, along with a similar share of the additional wages.

Those cities represent only about a quarter of the country's population and are concentrated in the fast-growing southern and coastal states. None were in the northeast, and only two were in the "rust belt" interior - Grand Rapids, Michigan, and a rebounding Detroit.

Nashville ranked 11th on the list, keeping company with other southern towns like Charlotte and Atlanta, and the usual fast-growth suspects like Seattle and San Francisco.

The drop from there is steep. The next set of 20 cities captured about 10% of the jobs created from 2010 through 2017, close to their roughly 7.5% share of the population.

At the bottom, 251 cities, many spread across the heartland and in the industrial northeast, lost job share.

It is a map that hews close to Trump's election results: Of 221 counties that voted for President Barack Obama in 2012 and Trump in 2016, only three are in the metropolitan areas that won the most job share. Sixty-two are part of metro areas where the share of national employment declined.

Among the decade's winners, many have an obvious story to tell - Houston as a long-time oil town amid a boom in U.S. energy production or San Francisco as the epicenter of all things tech.

But interviews with entrepreneurs and officials in Nashville point to a mix of factors behind its success, including some that were out of the city's control, such as the state's lack of an income tax, and others associated with its unique local assets.

The once-in-a-generation decision to gamble on the convention center shows the importance of political leadership, something Federal Reserve officials and economists have begun to see as central to a local jurisdiction's success. But it also depended on the city's celebrated country music roots and seven-night-a-week year-round party scene as the draw for major conferences and trade shows, something that can't simply be reproduced by other municipalities.

With rock-bottom interest rates and companies competing aggressively for building work, "you could never build at that price again," said Turner of the convention center. "It gave the city a different way of looking at things. Coming out of the recession you had new momentum."

For some cities, the presence of legacy companies positioned in growth industries like healthcare can give a boost. But for others, whose anchor firms may have been in industries that have fled overseas, such as textiles, the hill is harder to climb.

The 40 top job-generating metro areas saw employment expand 23% during those years. Jobs in other metro areas grew around 11%, and in counties outside of metro areas the job growth rate was around 4.5%.

WHAT'S LUCK GOT TO DO WITH IT?

And there are quirks of history. Nashville's downtown zoning rules had been notoriously strict. When they were eased in the 1990s, the result was fast growth from a low base, as builders turned empty land into new neighborhoods.

It came off as a boom, but in fact it was more "playing catch up" after years of underbuilding, said Jay Turner, whose MarketStreet Enterprises developed the now trendy Gulch neighborhood around an abandoned rail yard.

Jay Turner, who is not related to Tom Turner, said Nashville "was underdeveloped because of the zoning" that had put a premium on offices and parking garages.

That type of surge can only happen once, and not at all in cities that are already filled in.

Turner said it created a dynamic where "people say we need exposure in Nashville."

Fed officials are taking the gap in economic outcomes among cities and regions seriously. Providing time for "catch up" among lagging demographic groups and areas of the country is one of the reasons behind policymakers' decision to leave interest rates low and to consider cutting them in coming weeks.

Atlanta Federal Reserve bank president Raphael Bostic has made the issue a priority in his travels and research, puzzling over why places in his district like Atlanta have surged ahead while others have not.

It's not clear, he said, that there's a uniform policy mix that could easily spread the wealth.

"Every city has its unique narrative as to why it got to where it got," Bostic said. "I don't think there is a general formula that if you hit each point at a certain level you guarantee an outcome."