As Fed nears rate cut, policymakers debate how deep, and even if

By Howard Schneider CHICAGO (Reuters) - With the first U.S. interest rate reduction in a decade expected later this month, two Federal Reserve policymakers sketched out arguments on Tuesday on how deep the cut should be, even as a third said she needs more data before being ready to sign on at all. 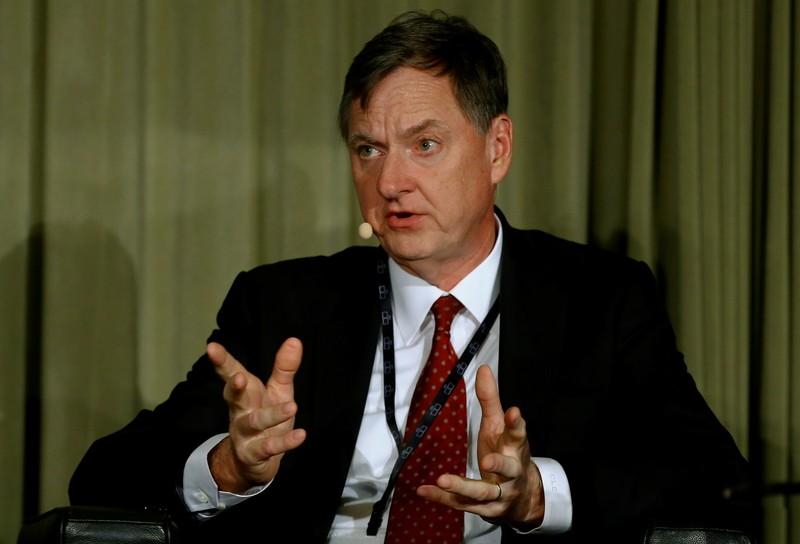 CHICAGO (Reuters) - With the first U.S. interest rate reduction in a decade expected later this month, two Federal Reserve policymakers sketched out arguments on Tuesday on how deep the cut should be, even as a third said she needs more data before being ready to sign on at all.

The remarks, from the chiefs of the Federal Reserve regional banks of Chicago, Dallas and San Francisco, show that the U.S. central bank is edging towards a widely anticipated rate cut at its upcoming July 30-31 meeting without a consensus narrative about why a cut is needed, or even if it is.

The competing cases made Tuesday by the two policymakers supportive of a rate cut suggested the decision of whether to reduce rates by a quarter or a half of a percentage point could hinge on whether the goal is to guard against developing risks in the world economy and signalled by bond markets, or deliver a solid jolt meant to boost inflation in the United States.

"There is an argument that if I think it takes 50 basis points before the end of the year to get inflation up, then something right away would make that happen sooner," Chicago Fed President Charles Evans told reporters at a CNBC economic forum.

Evans last week said he felt a reduction of half a percentage point in the Fed's target overnight interest rate was needed for the U.S. central bank to deliver on the 2% inflation target that it has missed since setting it in 2012.

The Fed set the goal as a way to keep businesses and households forward looking, and help assure a modest pace of price and wage increases. Evans and others are concerned that if they continue to undershoot, they will lose credibility and their statements and policies will become less effective.

By contrast, Dallas Fed President Robert Kaplan, until recently a sceptic that rates should be cut at all, said he now thinks a "tactical" reduction of a quarter point could address the risks apparently seen by bond investors, who have pushed some long-term yields below shorter-term ones.

"If it was appropriate to take action, the best argument for me of why to do that is the shape of the curve," Kaplan told reporters in Washington, referring to the "inversion" of the bond yield curve, a standard warning sign of recession.

The bond yield curve, when plotted as a graph, inverts from its typical arcing, upward slope when shorter-dated yields exceed those of longer-duration securities.

But neither the inversion of the yield curve nor concern about muted inflation or headwinds that may slow economic growth was enough to convince San Francisco Fed Bank President Mary Daly yet of the need to ease policy.

"At this point I'm not leaning one direction or another," Daly told Reuters in an interview, when asked about the Fed's July rate decision.

The economy needs to grow above its trend annual pace of 2% to get inflation back to the Fed's 2% goal, she said. "The question in my mind is, Does the economy have that on its own, or will additional stimulus be needed to get it there? And it's too early to tell," she said.

Policymakers have cited international risks, the uncertainty of President Donald Trump's trade policies, the pricing in bond markets and weak inflation, among other factors, as cause to cut interest rates even though the economy is growing and unemployment is at a record low.

Fed Chairman Jerome Powell, speaking in Paris on Tuesday, reiterated a pledge to "act as appropriate" to keep the U.S. economy humming. But even with the economy continuing to turn in "solid" growth that is helping to keep a "strong labour market," Powell said with inflation falling short of the Fed's target and a basket of "uncertainties," it is harder to remain confident in a still-rosy outlook.

Evans said on Tuesday that each policymaker's decision on how much to cut may well be shaped by that person's argument for why to do it.

While higher inflation may require the shock of a deeper cut, he said, "for those who are thinking this is more risk management - a strong domestic economy facing some uncertainty - you could easily argue to go a little slower."