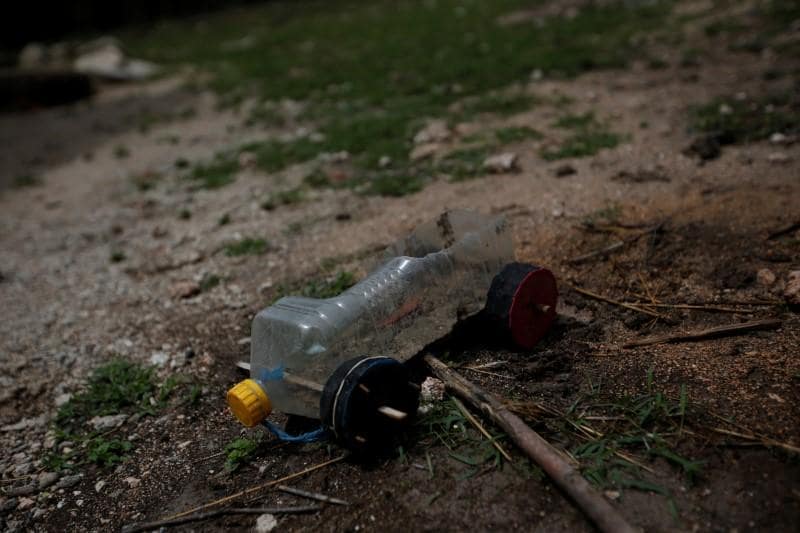 But in the village of Hamba Praing in East Sumba, scores of horses and cattle have died in recent years as extreme drought withered the grass, leaving behind bones and carcasses scattered over the scrubby landscape.

(Click https://reut.rs/2XQWUCh to see a picture essay of how climate change is affecting Sumba.)

East Sumba, about 2,000 km (1,200 miles) east of Jakarta, last year reportedly had 249 days in a row without rain, with some experts blaming climate change for more frequent drought-inducing weather patterns, forcing people to adapt to survive.

As well as trying to keep his animals alive, the father of six is now learning how to weave, a practice normally reserved for woman, to get extra funds for food.

Sumba is in Indonesia's third poorest province of East Nusa Tenggara, which is also the driest region of the archipelago.

Indonesia's meteorology agency said conditions were being made more extreme by the strongest Indian Ocean Dipole - the difference in sea temperatures across the ocean - in a century that can cause drier weather in Southeast Asia and Australia.

"The increase of temperatures in Indonesia is proof of global warming," said agency official Supari, who uses one name, noting Sumba was one of the most vulnerable areas.

Eighteen of his horses and seven cows recently died, and to keep the remaining animals alive grass had to be brought in from other villages.

"The horses easily get ill. They don't have anything in their stomach. Every year, there are always deaths," said Ndaha.