By Jorge Otaola and Walter Bianchi BUENOS AIRES (Reuters) - The Argentine peso rose 3.2 percent on Thursday, and investors cited optimism that the recession-hit country will strike a new standby financing agreement with the International Monetary Fund aimed at guaranteeing government solvency. The local currency was at 38.15 to the dollar. It has lost about half its value this year as investors worried about whether Argentina could meet its debt obligations next year 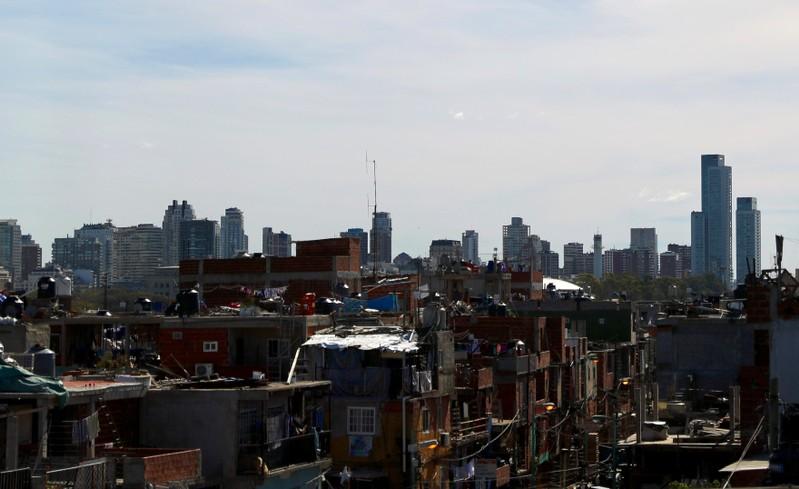 By Jorge Otaola and Walter Bianchi

The local currency was at 38.15 to the dollar. It has lost about half its value this year as investors worried about whether Argentina could meet its debt obligations next year.

An IMF spokesman said "important progress" was being made in talks between the multilateral lender and the government to strengthen the $50 billion standby deal signed in June. [nL2N1W60ST] Investors said the peso also got a boost from strong demand by foreign investors in a sale of government debt on Wednesday.

The peso sell-off started in May, driven by high inflation and doubts about central bank's ability to pay its growing short-term 'Lebac' debt. The economy has since slipped into recession with inflation at more than 34 percent in the 12 months through August.

Last month President Mauricio Macri was forced to re-negotiate his government's deal with the IMF, offering policies aimed at erasing the country's fiscal deficit next year in exchange for quicker-than-planned IMF cash disbursements.

This year's deficit is expected by his administration at 2.6 percent of gross domestic product. On Monday the government unveiled its 2019 budget proposal. The bill offers spending cuts and tax hikes on exports as the way to reach fiscal equilibrium.

The local currency benefited from an estimated $950 million in foreign investment in Wednesday's offer of short-term Treasury notes, traders said. The notes were issued with an interest rate of almost 50 percent.