Argentina defaults on bond payments as debt talks heat up

By Cassandra Garrison, Adam Jourdan and Hugh Bronstein BUENOS AIRES (Reuters) - Argentina missed payments on around $500 million in already delayed bond coupons on Friday, creditors and a ratings agency said, marking the country's ninth sovereign default amid ongoing restructuring talks with creditors. The default on three bonds came as negotiations to revamp around $65 billion in foreign debt revved up, with Economy Minister Martin Guzman saying talks were on a positive course despite an 'important distance' left to reach a deal. 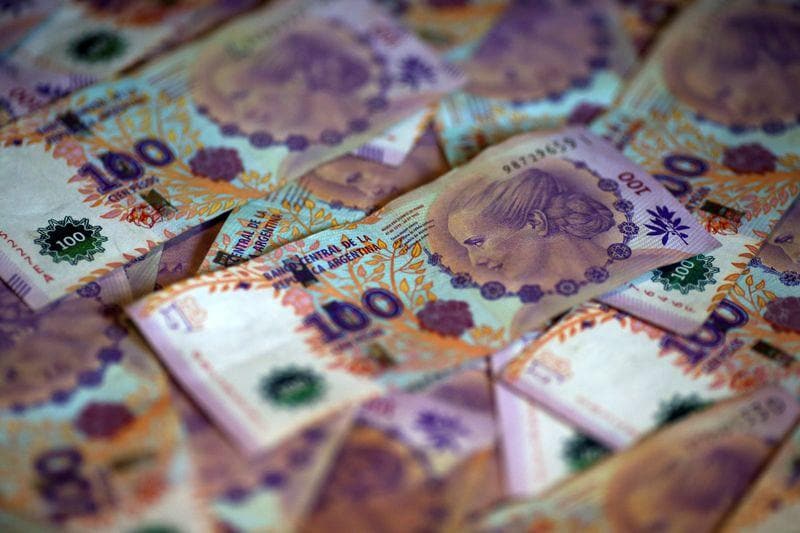 The default on three bonds came as negotiations to revamp around $65 billion in foreign debt revved up, with Economy Minister Martin Guzman saying talks were on a positive course despite an "important distance" left to reach a deal.

A source close to the talks and familiar with the government's thinking separately told Reuters that the two sides were making substantial progress and that a comprehensive deal was possible in a "matter of days, not months".

Argentina and its creditors, which have traded proposals over the last month, have indicated they are eager to avoid a messy default that could spark years of litigation and lock the major grains-producing country out of global capital markets.

The country has pushed the deadline for a deal to June 2 amid signs the two sides may be edging closer to an accord.

The default could however complicate things.

"Argentina today failed to pay $503 million in interest which was originally due on April 22," Gabriel Torres, a Moody's vice president said in a statement, adding it was consistent with the agency's current sovereign credit view on the country.

The bond payments had a 30-day grace period.

"We expect the road ahead for Argentina's debt restructuring is likely to become more problematic," Torres added.

Argentina's ambassador to the United States had earlier written in a letter obtained by Reuters that the country would miss the Friday payments given the "prospect of reaching an agreement with its creditors on new terms for their bonds."

Guzman said in a statement the interest payment was part of wider restructuring discussion "and we expect it to be addressed in the broader agreement that we are pursuing."

The minister told Reuters late on Thursday the government planned to amend its offer to creditors based on negotiations over the coming days.

"These are critical times. What's achieved now will affect the lives of millions of people and will likely have spillover effects on an entire class of assets," he said.

Creditors also have shown signs of flexibility and indicated they are unlikely to take immediate action against Argentina over any default, as long as talks are on the right course.

A major creditor group holding around $16.7 billion of Argentina's international bonds said that while failure to pay would trigger defaults on various bonds, it recognized Argentina was seeking a comprehensive deal.

The Ad Hoc Bondholder Group, including names like Ashmore, BlackRock and AllianceBernstein, cautioned that it wanted more engagement from Argentina, which it said was still lacking.

"The Group welcomes Argentina's expression of an intent to work with creditors, but actions speak louder than words," it said. "Over the last month, Argentina has had virtually no substantive engagement with its creditors."

The Argentina Creditor Committee, another of the main groups, said it objected to Argentina's decision to default on its international bonds, though it remained committed to seeking a successful restructuring deal.

"This latest default, if not promptly resolved, will prevent access to the international capital markets needed for the recovery of the Argentine economy and therefore will be detrimental to the Argentine people."

The Economist Intelligence Unit's regional director for Latin America and the Caribbean, Fiona Mackie, said in a note that a default would make reaching a deal even more pivotal for Argentina's economy, already stuck in recession for two years.

"Without it, Argentina faces a troubling outlook not just this year, but for several years to come," she wrote, adding that fears of losing access to credit markets would spur the government to strike a deal.

"The alternative is grim, and includes the growing risk of a hyperinflationary spiral all while economic activity remains subdued by financing constraints," she said.