(Reuters) - Another government shutdown could inflict greater harm on the U.S. 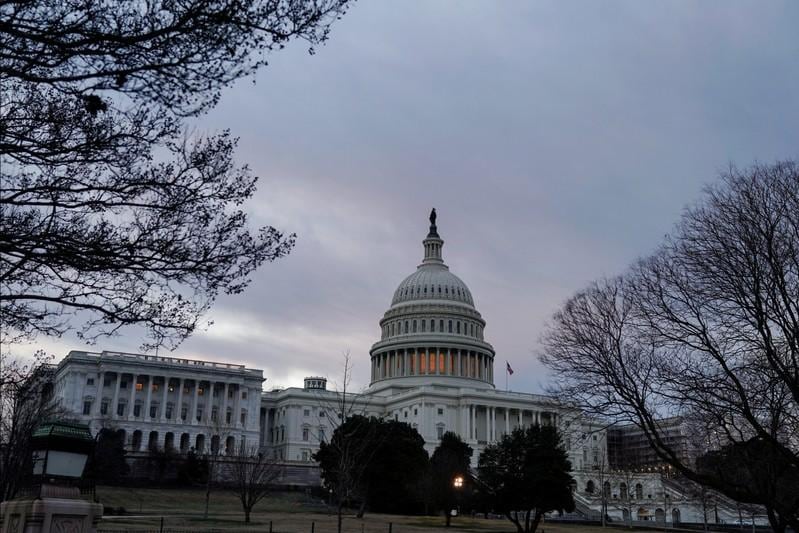 (Reuters) - Another government shutdown could inflict greater harm on the U.S. economy, especially it were to happen only three weeks after the end of the longest ever such closure, Moody's Investors Service said on Tuesday.

"If another shutdown occurs, there could be a more severe impact on the U.S. economy than during the recently ended shutdown," the rating agency said in a statement.

The recent shutdown began in late December after U.S. President Donald Trump refused to sign a bill to fund the government as he demanded $5.7 billion for building a wall along the border between the United States and Mexico.

Last Friday, Trump agreed to fund the government through Feb. 15 in a bid to reach an agreement on border security. He said he would be willing to shut down the government again if U.S. lawmakers do not deliver a deal he finds acceptable.

The 35-day partial government shutdown affected some 800,000 federal employees who were furloughed or worked without pay. After the government reopened, these workers are expected to receive missed salaries, but federal contractors will not be compensated.

The shutdown's effects "have been concentrated with limited ramifications for the broader economy," Moody's said in a statement.

Still the shutdown was a "credit negative" on Moody's top-notch Aaa credit rating on the United States. This caused the rating agency to assess Washington's budget process as "less robust" than other Aaa-rated countries.

The U.S. economy was expected to lose $3 billion from the partial government shutdown, the Congressional Budget Office said on Monday.

If the government were to shut down again in less than three weeks, it would "complicate negotiations over the debt ceiling," kindling worries about the Treasury delaying its debt payments, according to Moody's.

On Monday, Fitch Ratings said another shutdown could raise the risks to U.S. economic growth and corporate earnings in the first quarter.