By Svea Herbst-Bayliss and Maiya Keidan BOSTON (Reuters) - Some U.S. stock investors had feared election week turmoil, but voters' decisions at the ballot box helped many stock picking hedge funds extend a year of gains and even set a daily record, according to managers and people familiar with their returns. Money managers were positioned relatively cautiously coming into the U.S. 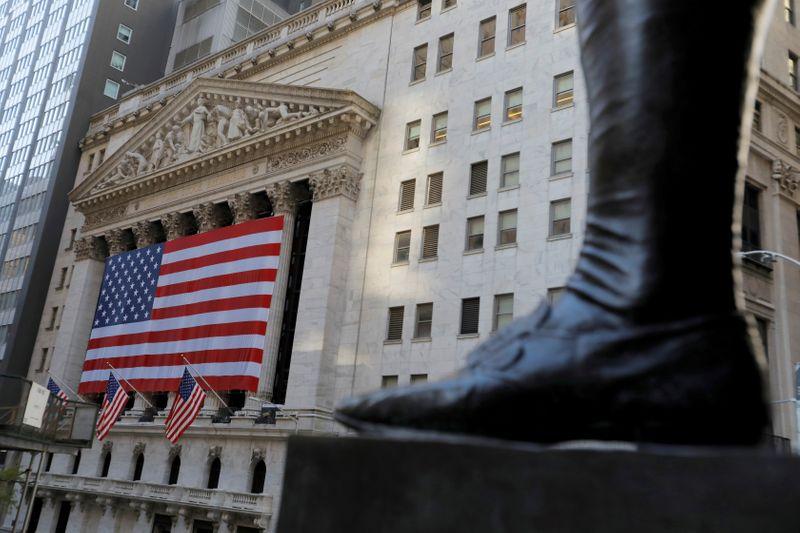 By Svea Herbst-Bayliss and Maiya Keidan

BOSTON (Reuters) - Some U.S. stock investors had feared election week turmoil, but voters' decisions at the ballot box helped many stock picking hedge funds extend a year of gains and even set a daily record, according to managers and people familiar with their returns.

Money managers were positioned relatively cautiously coming into the U.S. presidential election on Tuesday, unsure of the future for corporate taxes, stimulus spending and regulation, managers and investors in their funds said.

Instead, investors were treated to a stock market rally fueled by hopes for policy gridlock with Republicans likely keeping the Senate and Democratic challenger Joseph Biden in line to eke out a White House win once all ballots are counted.

"Markets first got nervous about a contested election but now it feels like we are back to the future with some technology stocks that got hurt a few weeks ago coming back," said Troy Gayeski, co-chief investment officer at SkyBridge Capital which invests with some of Wall Street's largest hedge funds. "What we are seeing is an unwinding of the blue wave trade."

Investors said many hedge funds had eschewed risk in the weeks ahead of the election to avoid getting things really wrong.

"While it was challenging to sit on your hands really not doing anything, it was the right thing to do," said Jason Landau, portfolio manager at Waratah Advisors.

Many long/short funds that bet on or against stocks had already been posting high single-digit or low double-digit gains in 2020. These extended their run on Wednesday as the S&P 500 climbed 2.2% and tech heavy NASDAQ rose 3.9%, a trend higher that continued into Thursday's trading.

Philippe Laffont's Coatue Management gained 38% through the end of October, Scott Ferguson's Sachem Head Capital Management, which often presses corporations to perform better, was up 17% through the end of October, Glen Kacher's Light Street Capital scored a 52% gain through October, and David Fiszel's Honeycomb Asset Management was up 45%, people familiar with the numbers said. Representatives for the funds declined to comment.

Robert Romero's Connective Capital, a small technology focused hedge fund, scored a 4% gain on Wednesday, its biggest of the year, leaving the fund up roughly 45% since January.

Another small hedge fund manager, Regan Investments, said it made gains of 10% in its equity strategy in the year to November 4.

Toronto-based Vantage Asset Management was up 0.6% on Wednesday in its Vantage Performance Fund, bringing gains since January to 7%.

On Thursday votes were still being tallied as Democrat Joe Biden edged closer to victory over Donald Trump for the U.S. presidency.[L1N2HR0BX] But the official who many stock pickers regard as most important was not on any ballot: Federal Reserve Chairman Jerome Powell has eased investors minds' with promises of low interest rates for a long time.

"We are going to have noise around the election for some time, but the Fed is still going to provide liquidity," said Adam Blitz, who puts money into hedge funds as chief investment officer at Evanston Capital, adding "this is already the strongest year in years for hedge funds."

This encouraged buying, even of cyclical value stocks like heavy equipment makers and solar stocks, which rose and then retreated along with prospects for a large stimulus plan.

"We believe many of these will start to recover the losses of this morning," said hedge fund Esplanade Capital's portfolio manager Shawn Kravetz. "We are using opportunistic weakness to add to, and bolster, some of our favorite positions."

Hedge funds, long derided for high fees and low returns, now have a chance to regain investor confidence in a year where the market was continually roiled by health and economic crises, some managers said.

"Hedge funds need dispersion and volatility to perform and finally they are getting that at a time they are needed to diversify portfolios," said Darren Wolf, Head of Hedge Funds at Aberdeen Standard Investments.