By Hayoung Choi SEOUL (Reuters) - Jeong Myeong-in drives his dump truck up to 800 km (500 miles) a day across South Korea to find work and sleeps only three hours a night to keep up payments on his truck. 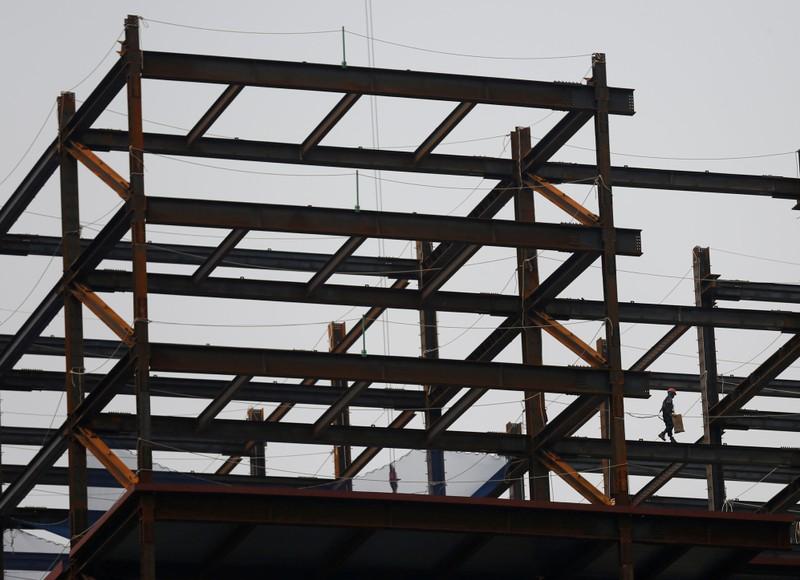 SEOUL (Reuters) - Jeong Myeong-in drives his dump truck up to 800 km (500 miles) a day across South Korea to find work and sleeps only three hours a night to keep up payments on his truck. He still counts himself luckier than other drivers with no cash to pay for fuel.

Winter is South Korea's off-season in construction, which provides almost a fifth of economic output in Asia's fourth largest economy, but Jeong and others fear the seasonal slowdown will linger longer this year.

Investment in the industry fell a seasonally-adjusted 8.6 percent in the third quarter of the year, putting it on track for the deepest fall since the Asian financial crisis in the 1990s.

But some critics argue that shift is pushing Jeong and thousands like him into needing those safety nets.

Since taking office more than a year ago, Moon has introduced a series of controversial measures to re-shape the economy and deliver what he says is "quality" growth that is shared more broadly and not based on speculation.

Some key reforms, however, are backfiring. A record hike in minimum wage has hurt small businesses and is being blamed for the weakest job market in nine years.

Economists say a 14 percent cut to this year's state investment budget could also begin to hurt low income workers in the construction sector.

Job growth in construction is down to 2.3 percent in Jan-Oct from 6.4 percent for all of last year. Most economists expect it to turn negative next year, when the pipeline of projects dries out and state investments are set for another 2.3 percent fall.

Jeong, 56, earns about 2.3 million won ($2,039.69) a month, after paying for the truck, its maintenance, insurance and fuel. It's about half what he was making a year ago, when the industry was still hot.

Since January, there has been no new infrastructure projects in Icheon, his home town, and the smaller house building projects there are about to be completed soon.

"If I fail to pay 1 million won in interest, my truck will be auctioned off," he said before leaving for a night shift at a construction site in Gimpo, about a two-hour drive from home.

Lee Hong-il, a researcher at Construction & Economy Research Institute of Korea, estimates the industry's slowdown will cause 92,000 job losses and chop 0.4 percentage points off overall economic growth in 2019.

Many economists say South Korea's construction boom was unsustainable, with much of the spending by previous governments on projects which over-estimated demand.

According to Korea Expressway Corporation data, the average utilisation rate of 13 highways opened from 2008 to 2017 was 58.1 percent.

The finance ministry said its 2019 infrastructure budget will focus on completion of existing projects while curbing new ones, saying the country has longest highways and sixth-longest railroads per square kilometre among G20 countries.

Home builders are seeing a slowdown outside of Seoul given South Korea's record low birth rates and ageing population. Moon's plan to build 300,000 homes in metropolitan areas remains on paper for now and developers are reluctant to build outside the capital.

Analysts say most of the ongoing suburban housing projects are almost completed. Renovation work, which usually accounts for a fifth of construction contracts, is also slowing along with the economy and with tougher safety regulations.

Against that backdrop, heavyweights in the sector have become more aggressive overseas, winning infrastructure and urban development projects in Southeast Asia in particular.

For smaller companies, however, that shift abroad is not an option, and at home, business is drying out.

"We are in wait-and-see mode," said an official at mid-sized Jungheung Construction in the southern city of Gwangju, who asked not to be named.

"Previously, almost all apartments we built were sold out, but these days about half remain unsold.