By Rodrigo Campos and Karin Strohecker NEW YORK/LONDON (Reuters) - A U.S. Treasury move to delay a ban on investments in companies linked to the Chinese military has left U.S 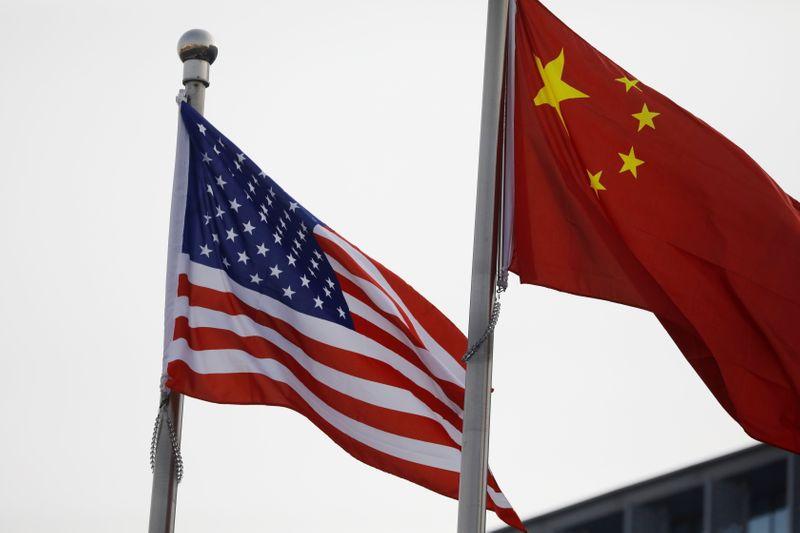 By Rodrigo Campos and Karin Strohecker

NEW YORK/LONDON (Reuters) - A U.S. Treasury move to delay a ban on investments in companies linked to the Chinese military has left U.S. investors in limbo and unable to tap opportunities non-U.S. investors get to enjoy.

U.S.-China tensions ratcheted up in the final weeks of Donald Trump's presidency with his executive order banning investments in companies his administration said were linked to Chinese military activities. Many of them deny those claims, which China's government says lacks evidence.

A string of amendments and explanations followed the November order, buffeting Chinese stocks and bonds in the crossfire as investors struggled to understand which securities could be affected.

On Wednesday, the Biden administration said investments in companies "whose name closely matches, but does not exactly match, the name of a Communist Chinese military company" would be allowed until May 27, extending a deadline set for Jan. 28.

That provided breathing space, but does not fix the problem.

"We have now entered wait-and-see mode until we get clarity as to what the new administration will do," said Paul Lukaszewski, head of corporate debt for Asia Pacific at Aberdeen Standard Investments.

Restrictions on U.S.-based investors and U.S. citizens could affect nearly $60 billion worth of bonds, according to JPMorgan.

"China's debt market is one of the world's largest. Chinese credit spreads are attractive compared to U.S. credit spreads and investors benefit from diversification when they allocate across more markets and geographies," Lukaszewski said, adding U.S. investors were in a "difficult position."

Many issues, such as those by China National Chemical Corporation (ChemChina) or China National Offshore Oil Corp (CNOOC), offer a pickup on the ultra-low yields dominating developed world fixed income markets where central banks are battling the COVID-19

Some such issues have partially recovered from declines and widening bid-ask spreads in the wake of the executive order.

The average yield on bonds issued by subsidiaries of the restricted companies and which mature in 2029 and 2030 stands at 3.1%, more than 200 basis points over the current U.S. 10-year note yield.

JPMorgan noted it "could be the time to gain exposure to these bonds for those investors who can," predicting the fundamental impact on most of these credits would be "minimal to manageable."

While Biden's team has yet to spell out its approach, few expect sweeping changes. Some U.S.-based investors hope the new administration will implement curbs in a way that affects the companies but not investors.

"If you put sanctions on the ability of investors to hold debt, you're not hurting the company that issued the debt -you're hurting the investors that bought it," said Shamaila Khan, head of emerging market debt strategies at AllianceBernstein.

"When you sanction a company for future issuance of debt, then you hurt the company more than the investors of the debt. So there are nuances."

However curbs are implemented, there is little sign they will affect the companies significantly. For most, dollar-denominated bonds make up a very small part of their capital structure, according to analysts.

And demand seems unabated for China, which accounts for around half of Asia's $1.4 trillion corporate credit dollar market - roughly the same size as the U.S. high-yield markets.

AVIC International Holding Corp, a subsidiary of Aviation Industry Corporation of China, recently received more than $700 million of orders for a $200 million bond sale that priced close to its existing curve.

"The Global investment community wants more access to Chinese assets," said Jeremy Schwartz, global head of research at WisdomTree Asset Management. "The bigger picture stepping back is that there is a lot of global interest in adding China currency reserves and Chinese bonds to portfolios."