By Sujata Rao, Helen Reid and Chuck Mikolajczak LONDON/NEW YORK (Reuters) - Amid all the brickbats thrown at one of the longest bull markets in history, the remarkable buoyancy of world equity prices may simply be down to a shortage of shares. 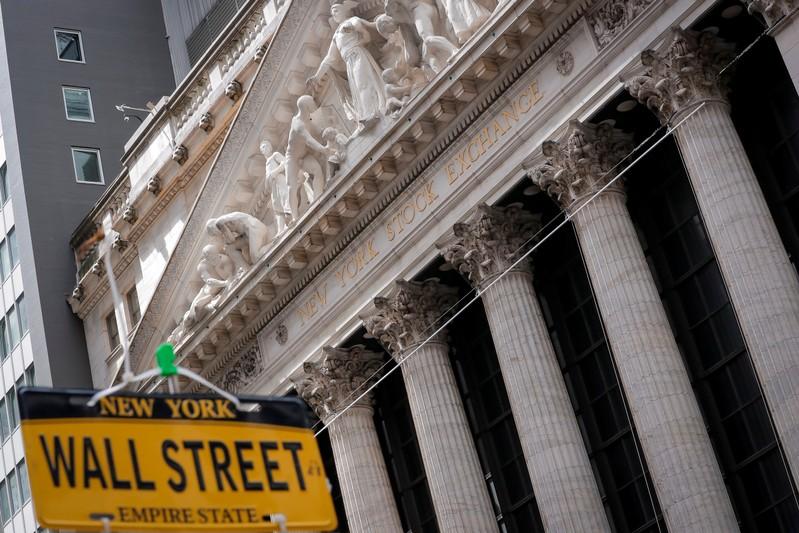 LONDON/NEW YORK (Reuters) - Amid all the brickbats thrown at one of the longest bull markets in history, the remarkable buoyancy of world equity prices may simply be down to a shortage of shares.

Trade wars, an unpredictable White House, a messy Brexit and rising interest rates have all failed this year to knock stock markets off their collective perch for very long. Wall Street indices are at record highs and global equity benchmarks are less than 4 percent from the year's peaks.

For many, the most basic laws of supply and demand help square that circle.

Equity markets worldwide are slowly shrinking. Not enough shares are being issued to offset those being withdrawn from circulation and net equity supply turned negative in 2016 for the first time ever, according to JPMorgan which expects low to negative supply this year after a marginally positive 2017.

Fewer stocks are being sold via initial or secondary public offerings while buybacks, cash-funded mergers and acquisitions and even de-listing of companies altogether drain the world of investable equity.

From January through August this year, primary listings added shares worth around $126 billion, Thomson Reuters data shows. Even after allowing for secondary listings and share placements to employees, issuance volumes should be dwarfed by buybacks, which may surpass $1 trillion this year.

Few expect the trend to reverse soon, with some citing overall disillusionment among company bosses with the vagaries and the glare of the marketplace as well as the relative cheapness of alternative debt financing.

"It is a pain being listed on the stock market, there's red tape, short-termism, excessive scrutiny - these are all issues. But the really basic issue is, companies will go where the money's cheapest," said Robert Buckland, the Citi strategist who dubbed the trend "de-equitisation" as far back as 2003.

While de-equitisation has been around a while, it gathered pace during the period of near-zero rates when rock-bottom capital costs led companies to tap debt markets instead of selling equity.

They also had a powerful incentive to prioritise buybacks over investment, with further impetus coming from U.S. tax cuts.

Buckland estimates the U.S. equity pool is shrinking at roughly 1.5 percent annually, adding that even in emerging markets, "places where you would expect to be raising equity capital, it's slowed down to a crawl."

True, central banks, led by the U.S. Federal Reserve, are drawing a line under the easy-money era. But to meaningfully dent de-equitisation, ten-year U.S. yields would need to rise to 4-5 percent, with corporate borrowing costs above 6 percent -- 200 bps above current levels, estimates JPMorgan analyst Nikolaos Panigirtzoglou.

Equity shrinkage is most pronounced in the United States, where, according to JPMorgan, net supply reduction in 2018 could be double last year's $200 billion.

Even in Frankfurt and London, the number of listed firms shrank by 45 percent and 20 percent respectively between 2003 and 2018, Indosuez notes.

Higher borrowing costs may not bring big equity listings back into vogue.

One reason is private equity. The past decade and a half witnessed huge deals that delisted companies such as Dell Computers and Hilton Hotels, often following takeover by private equity firms.

Having boomed during the years of ultra-cheap money, these firms are estimated to still have some $1 trillion available to companies which want to avoid going public.

"As long as you have access to cheap financing from private equity, companies would prefer to stay private," Godin said. "In the foreseeable future I don't see that changing."

The evolving nature of business and society is also a powerful de-equitisation driver. New multinationals are less capital-intensive than the manufacturing giants of yesteryear -- a firm like Facebook needs less money to start and expand than one producing heavy machinery or cement.

Other pioneers such as room-booking service AirBnb and ride-hailing app Uber rely on tech to utilise existing capital stock -- cars or flats -- instead of building hotels or factories.

Not everyone buys the argument of dying equity markets. Some see de-equitisation as reflecting the top of the economic cycle which is usually followed by another period of expansion.

What's more, rumours of the death of equity have been greatly exaggerated in the past, though the worry this time is about supply of shares, rather than demand.

But as growing global wealth continues to channel savings into investment funds, the risks are of inflated valuations and markets that defy gravity.

"I would hold tight and realize...maybe the strength in the market doesn't necessarily reflect the ongoing strength of economies and business," said Kim Forrest, senior portfolio manager at Fort Pitt Capital Group in Pittsburgh.