By Herbert Lash NEW YORK (Reuters) - The amount of office leasing by 'coworking' firms in Manhattan is nearing 10 percent of all new leases, a sign of growing demand for short-term contracts by companies seeking workspace but a warning for a potential mismatch in assets and liabilities. 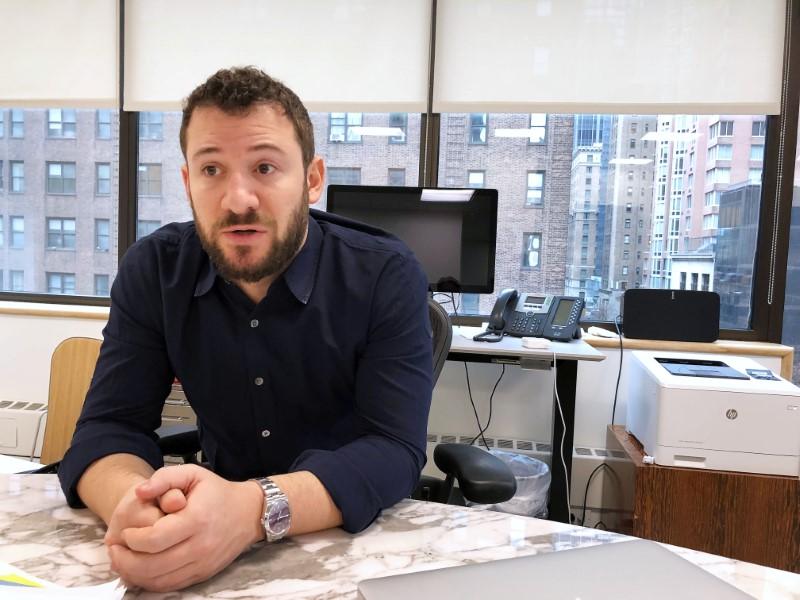 NEW YORK (Reuters) - The amount of office leasing by "coworking" firms in Manhattan is nearing 10 percent of all new leases, a sign of growing demand for short-term contracts by companies seeking workspace but a warning for a potential mismatch in assets and liabilities.

Coworking, in which tenants share workspaces, is driven by strong demand for knowledge-based workers in cities like New York, where May's unemployment rate in Manhattan was 3.1 percent - the second-lowest rate across New York state. Nationally, the current unemployment rate is 4 percent.

Coworking's growth, however, raises the issue of liabilities that flexible office operators face as they dole out contracts as short as one month while assuming leases of 10 years or more.

One is the rise of "plug and play" smaller units known as pre-builts that do not require any work by the tenant. "You just show up and turn your space on; all your needs are dealt with," he said.

The other concept is term flexibility, which no longer locks a tenant into a fixed number of years but allows for the lease to expand and contract seamlessly without any consequences - a fundamental change in the industry, said Heller.

Only flexible space operators now provide this option, but landlords will have to offer it universally or have a subset of their space furnish the service, he said.

"If it wasn't something that was appealing it would cease to exist," said Heller. "A lot of tenants want to have a shorter-term exposure."

The amount of coworking space leased in the first six months of the year was double that for all of 2013, when office leasing in Manhattan first boomed after the recession and topped annual rates before the downturn except for the record year of 2003.

Coworking firms leased 1.45 million square feet of Manhattan office space in the first half of 2018, or 8.1 percent of all new leases, according to brokerage Colliers International.

Coworking's growth also is responsible in part for a decline in subleasing as companies, which in the past leased 20 percent more than their needs to accommodate future growth, no longer do so. Instead, they appear to be turning to flexible office space when they increase staffing.

Coworking has steadily risen from 2.1 percent of all Manhattan leasing five years ago. But the length of office leases has in recent years remained about eight years, said Craig Caggiano, an executive director at Colliers.

Flexible leasing is a term that's being bandied about but it's more a concept than a practice, said Jonathan Iger, chief executive of the William Kaufman Organization, which owns six large office buildings, among other assets, in Manhattan.

But Iger, who rolled out a flexible format at one of his buildings earlier this year, acknowledged that large tenants expect landlords to accommodate their short-term needs, which is driving coworking's growth.

"I don't know anyone who's doing it at scale, and to be honest with you, I don't know how you do it. Because as a landlord it defeats the purpose in a sense," he said.