By Lewis Krauskopf NEW YORK (Reuters) - A long period of underperformance for value stocks has frustrated Mike Mullaney, whose firm's investing style is 'all value, all the time.' One low point came when Mullaney noticed competing funds in the value space buying up big technology and other momentum stocks - regarded as the antithesis of value - to juice their performance. 'To say it’s been a tough slog is an understatement,' said Mullaney, director of global markets research at Boston Partners, which manages over $60 billion 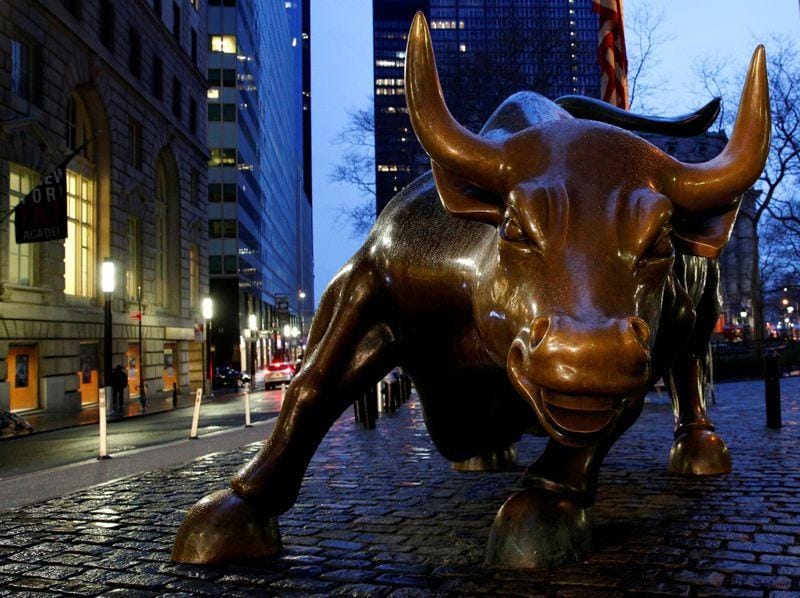 NEW YORK (Reuters) - A long period of underperformance for value stocks has frustrated Mike Mullaney, whose firm's investing style is "all value, all the time."

One low point came when Mullaney noticed competing funds in the value space buying up big technology and other momentum stocks - regarded as the antithesis of value - to juice their performance.

"To say it’s been a tough slog is an understatement," said Mullaney, director of global markets research at Boston Partners, which manages over $60 billion.

Long-suffering value specialists received some vindication this week after Pfizer’s breakthrough in developing a COVID-19 vaccine ignited a rally in shares of energy firms, banks, industrials and other members of the value universe - commonly defined as stocks that trade at discounts to their projected intrinsic worth.

As of Thursday's close, the Russell 1000 value index was on track to outperform its growth counterpart by the biggest weekly margin since 2001. It was fueled by hopes that a coronavirus vaccine will end global shutdowns and travel restrictions that battered vast segments of the economy this year.

Yet while surges in value stocks have heralded major U.S. economic revivals, the group has also seen false dawns over the years, with rallies fading as investors return to flashier tech-related names that powered markets during the past decade.

This time, hopes of a value renaissance are colliding with a coronavirus resurgence that is forcing fresh lockdowns in the United States and abroad, making it difficult for even the most ardent value bulls to call a definitive shift.

“It’s very possible you may have seen the trough in value relative to growth, and the vaccine has caused that," said Brent Fredberg, director, investments at value manager Brandes Investment Partners. "But not necessarily."

The strategy of scooping up cheap stocks has a broad following and counts Warren Buffett as its most prominent disciple.

But the Russell value index has beaten its growth counterpart in only two of the past 12 years, as the U.S. economy's slow post-crisis growth and low interest rates weighed on financials and other value shares while raising the allure of tech.

Since the market bottomed during the financial crisis in March 2009, the Russell growth index has climbed over 640% - more than doubling the gain for the value index.

Being a value manager "has taken a lot of discipline and a lot of patience over the last decade-plus," said Burns McKinney, a portfolio manager in U.S. value equities at Allianz Global Investors.

However, he added, "No style stays out of favor forever.”

The performance divergence has been particularly acute this year, with strength in stay-at-home stocks fueling a 28% rise for the Russell growth index against a nearly 7% drop for the value index.

In October, the $10 billion AJO quantitative value fund announced it was shutting, citing the longest "drought" on record in value.

Some investors, however, have pointed to signs a long-awaited turnaround may have arrived.

Analysts at Bespoke Investment Group note the energy, industrial, financials and materials sectors all gained 10% or more in 10 trading days between Oct. 28 and Nov. 11.

Past periods of similar performance "all came either late in a recession or very early in an expansion," according to Bespoke.

At the same time, the valuation spread between growth and value based on forward price-to-earnings ratios reached its biggest gap on record in September.

Wary value veterans are watching a number of factors. They include how long it will take to distribute a vaccine widely, if the breakthrough reduces incentives for lawmakers to provide fiscal stimulus and whether some shifts to a stay-at-home economy will be permanent, said Drew Weitz, portfolio manager at Weitz Investment Management.

Whether the vaccine news is “the catalyst that creates the handoff from traditional growth to value, remains to be seen,” Weitz said.