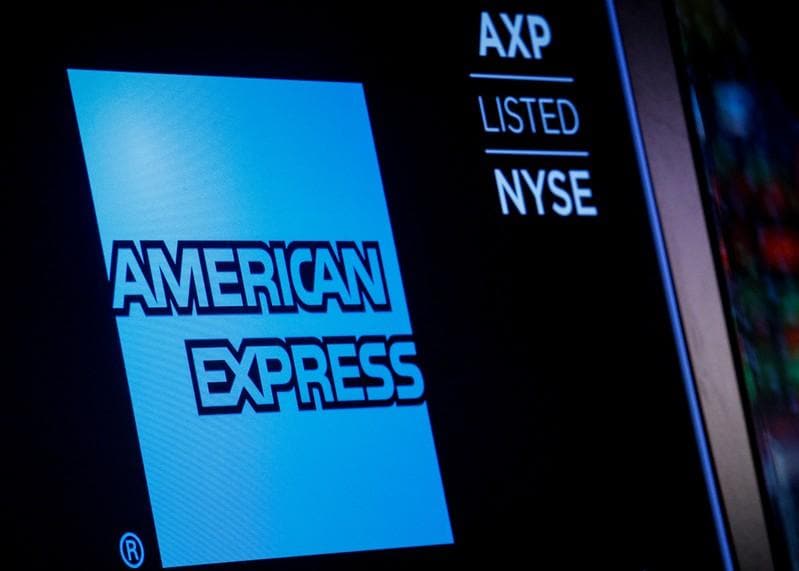 "For the past couple of quarters card spending for AmEx in the U.S. has been 10 percent, that dropped down to about 9 percent this quarter, that is having an effect on the stock," Buckingham Research Group analyst Chris Brendler said.

The slowing growth came despite the United States witnessing its strongest holiday season in six years on the back of a robust economy and more deals. According to a Mastercard report on Dec. 26, holiday spending rose 5.1 percent to over $850 billion.

This strong health of the consumer spurred more customers to take loans on credit cards in the quarter, growing AmEx's loan portfolio by 12 percent in the fourth quarter. However, this also drove provisions for credit losses higher by 14 percent.

Meanwhile, expenses rose 9 percent as AmEx poured more money into offering perks such as rewards programs and lounge access at airports to better compete against companies such as JPMorgan's

Excluding items, the company earned $1.74 per share, missing analysts' average estimate of $1.80, according to IBES data from Refinitiv data.