By Tracy Rucinski and Sanjana Shivdas (Reuters) - American Airlines Group Inc and Southwest Airlines Co posted their biggest-ever annual losses on Thursday and indicated a need for additional government aid as the industry continues to reel from the coronavirus pandemic. U.S. 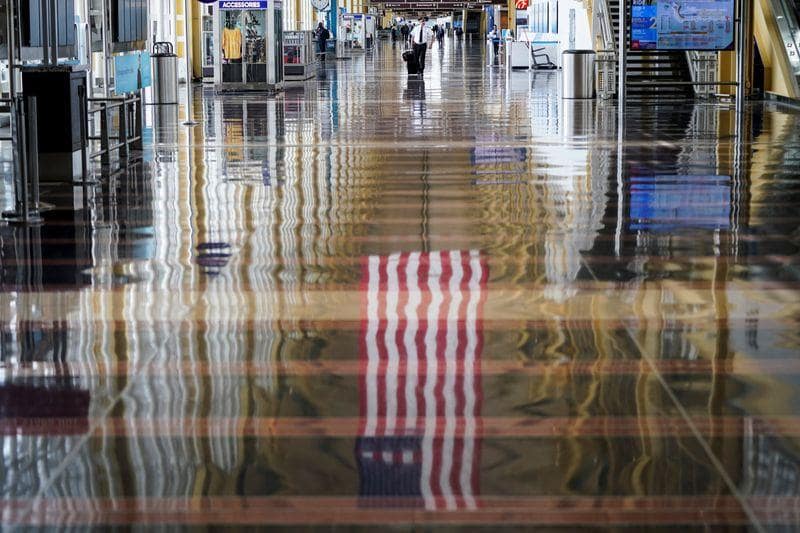 (Reuters) - American Airlines Group Inc and Southwest Airlines Co posted their biggest-ever annual losses on Thursday and indicated a need for additional government aid as the industry continues to reel from the coronavirus pandemic.

U.S. airlines expect demand to improve this year as vaccines become more widely distributed but have warned that the strength of any rebound will depend on the pace of vaccine rollouts and the easing of travel restrictions.

JetBlue Airways, which also posted a quarterly loss on Thursday, said a recovery will be directly linked to a decline in COVID-19 case counts.

Still, the shares of those three airlines surged in early trading, boosted by a retail trading frenzy that pushed stock of American - which is the most heavily shorted airline stock - up as much as 32% after the carrier was mentioned on Reddit's WallStreetBets forum.

American posted an $8.9 billion annual loss, its biggest on record, though its adjusted quarterly net loss of $3.86 per share was better than analysts' expectations for a loss of $4.11 per share, according to Refinitiv data.

Southwest reported an annual loss of $3.1 billion, its first annual loss since 1972, and said it was facing stalled demand in January and February, driven by high levels of COVID-19 cases and hospitalizations.

So far the U.S. vaccine rollout has been patchy and a string of European countries is discouraging travel and implementing more travel curbs in an attempt to contain the spread of new infections.

The United States on Tuesday began requiring negative COVID-19 tests for people entering the country from abroad, including U.S. citizens, a move that airlines said triggered a decline in bookings, even as they continue to view testing as a necessary strategy to reopen travel over the longer term.

The U.S. government has discussed mandatory COVID-19 testing for travelers on domestic flights, but American Airlines Chief Executive Doug Parker said such testing would be difficult.

A U.S. aviation union leader urged Congress on Thursday to extend the program for a third time, a move American's Parker told investors the company would support.

A $1.9 trillion COVID-19 relief proposal unveiled by President Joe Biden this month has $20 billion in new assistance for public transit systems, but no new money for airline payrolls.

U.S. airlines continued to burn through millions of dollars of cash every day in the fourth quarter as costs outstripped revenues, despite strong cost-cutting efforts in place for this year.

American and Southwest each ended 2020 with $14.3 billion in available liquidity. American is significantly more leveraged than its peers but said liquidity would improve to $15 billion by the end of March, reassuring investors.

Southwest has taken advantage of the crisis to add new routes, a strategy it plans to continue this year.

Both carriers are large operators of Boeing Co's 737 MAX, which was approved to fly commercially again in November after a 20-month safety ban.