Miami: Aviation body Iata's annual meet got off to a stormy start in Miami with Gulf carriers attacking their American counterparts over "protectionism" and the latter attempting to check their rivals' growth, saying they were doing so with unfair government backing. 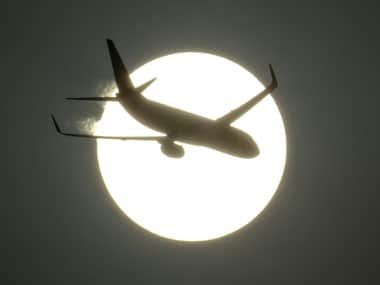 Gulf carriers accused their American counterparts of allowing them to fly freely to the US. Baker read out a statement calling upon Iata to safeguard the flying freedoms of airlines.

The issue was mentioned in a passing reference by Iata Director General and CEO Tony Tyler who said "it is no secret ...that there is an underlying tension in our industry."

"It is often described as a rift between state-owned airlines and those owned wholly or predominantly by private shareholders.

"Others see it in terms of government protectionism. Some interpret it as a clash between aviation business friendly countries and those less focused on maximising the economic and social benefits of connectivity," Tyler said while presenting his annual report.

The matter is of special significance to India, which is the largest market for Qatar Airways, Etihad and Emirates, whose joint share of traffic out of India to the US and Europe is estimated to have quadrupled between 2008 and 2014 -– from over 8 percent to 35 percent.

Shaken by the development, the US and European airlines have virtually joined hands to take on this stiff competition.

US airlines have already moved their government in a bid to persuade it to amend the 'Open Skies' agreements with Gulf nations, which they claim were distorting competition.

Referring to safety issues, the Iata chief focused on the three major aviation incidents -– disappearance of flight MH-370, the "outrageous" shooting down of MH-17 and the "deliberate and horrible act" of the Germanwings aircrash.

"It is a tragic paradox that in 2014 aviation recorded its safest year ever (with one jet hull loss for every 4.4 million flights) yet it remained constantly in recent world headlines over safety issues," he said.

He said Iata, the International Civil Aviation Organisation (Icao) and other organisations were working
together to develop new practices, besides using emerging technologies to ensure "that never will an aircraft simply disappear."

On the overall financial performance of the airline industry, Tyler said the collective profits of the airlines this year is estimated to be over $29 billion on revenues of $727 billion.

According to Iata estimates, Asia-Pacific airlines are expected to generate $5.1 billion this year.

"Lower fuel costs will help but the stronger dollar reduces the benefit in this region," he said.

The Iata chief also dwelt on government taxation of the aviation industry, regulation, aviation infrastructure and environment in his almost 40-minute address.

The conference is being attended by top honchos of over 250 airlines from across the globe.