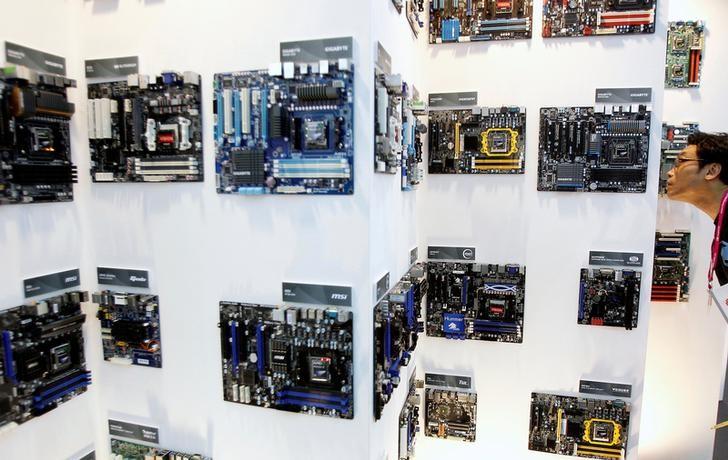 By Shariq Khan and Vibhuti Sharma

Investors were bracing for weak results from AMD after warnings from a host of other chipmakers about a slowdown in China that was triggered by a trade dispute with the United States.

Bigger rivals Nvidia Corp and Intel Corp both flagged stagnating growth in data center sales, a segment where AMD is beginning to get a foothold on the back of its server chips.

AMD said it expects revenue in 2019 to grow at a high-single digit percentage, while analysts were targeting growth of about 6 percent.

The company said despite near-term graphic headwinds and revenue falling short of analysts' estimates for the fourth and current quarters, it is banking on its newest graphics and data center chips to bolster growth for the year.

Stifel analyst Kevin Cassidy said AMD's results were not as bad as feared, especially compared to those by Nvidia.

Nvidia on Monday cut its fourth-quarter revenue estimate by half a billion dollars because of weak demand for its gaming chips in China and lower-than-expected data center sales.

AMD's fourth-quarter gross margin rose to 38 percent from 34 percent a year earlier. The company also said it expects adjusted gross margins to be more than 41 percent for 2019, its highest level in nearly eight years.

"AMD is well positioned to continue to gain market share from Intel in the high-margin server market especially in 2H19."

Sales at AMD's computing and graphics segment, which includes graphic chip sales to data centers, rose over 8.5 percent to $986 million, beating the analyst average estimate of $939 million, according to FactSet.

The chipmaker forecast current-quarter revenue to be at $1.25 billion, plus or minus $50 million, a drop of 24 percent from last year. Analysts were expecting revenue of $1.47 billion, according to IBES data from Refinitiv.

Its quarterly revenue of $1.42 billion also missed expectations of $1.45 billion. Excluding items, AMD earned a profit of 8 cents per share, in line with the analysts' estimates.

(Reporting by Shariq Khan and Vibhuti Sharma in Bengaluru; Editing by Arun Koyyur)