Alibaba shares hold up in face of Trump threats

(Reuters) - Shares in Chinese online retail giant Alibaba ground out gains on Monday as profits for smaller peer JD.com buoyed expectations for its own results later this week, countering hint of more U.S. moves against it and other Chinese companies. At a news conference on Saturday, when asked if he was considering a ban on other Chinese-owned companies including Alibaba to follow that on social video app TikTok, U.S. 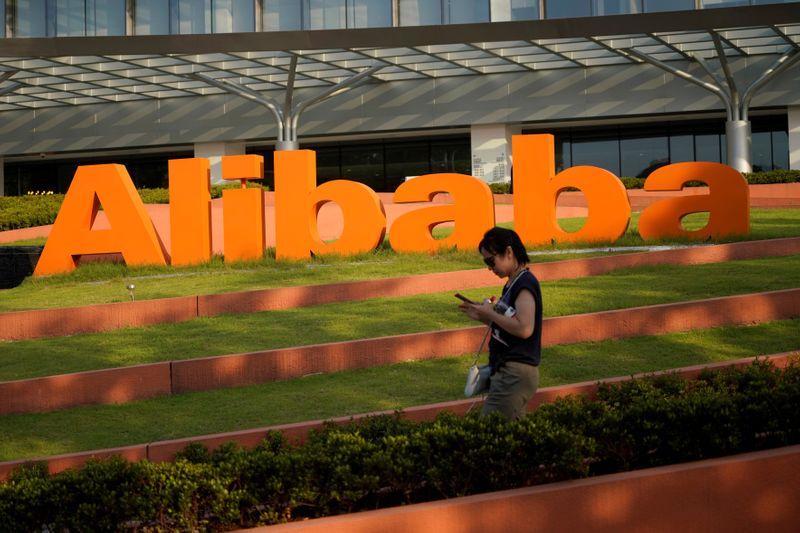 At a news conference on Saturday, when asked if he was considering a ban on other Chinese-owned companies including Alibaba to follow that on social video app TikTok, U.S. President Donald Trump said: "Well, we're looking at other things, yes."

The White House has been piling pressure on Chinese-owned entities in the run in to elections this year and financial markets are watching closely for signs of whether it will lead to further tit-for-tat moves that could hamper a global recovery.

A number of analysts stressed that Alibaba's so far minimal presence in U.S. markets - it gets only 7% of revenue from sales outside China - may insulate it more than TikTok owner Bytedance from any U.S. attack.

After a weak start, shares in Alibaba rose 0.8% in a rising New York market.

"Obviously it will have some effect, we could see a decrease in Alibaba's stock price," said Luke Lloyd, wealth adviser and investment strategist at Strategic Wealth Partners.

"But a lot of investors right now don't think there is going to be a lot of bite (from Trump). The company is growing, it is cheaper than its competitors like Amazon and we view (it) as the Amazon of China so there is immense growth potential."

Alibaba is set to report results on Thursday with analysts expecting the company to benefit from increasing online sales in China in June, although there are nerves about its forecast following unexpectedly poor Chinese retail sales numbers last week.

JD.com beat analysts' estimates for quarterly revenue on Monday, as more customers used its online platform to shop for groceries and other essentials in the face of the COVID-19 pandemic, sending its shares up 5%.

(Reporting by Susan Mathew in Bengaluru; Editing by Maju Samuel)