By Johanna Decorse and Tim Hepher TOULOUSE, France (Reuters) - Airbus has stepped up warnings of compulsory layoffs as air travel fails to recover as quickly as expected from the coronavirus crisis, putting itself on a potential collision course with unions and the French government. 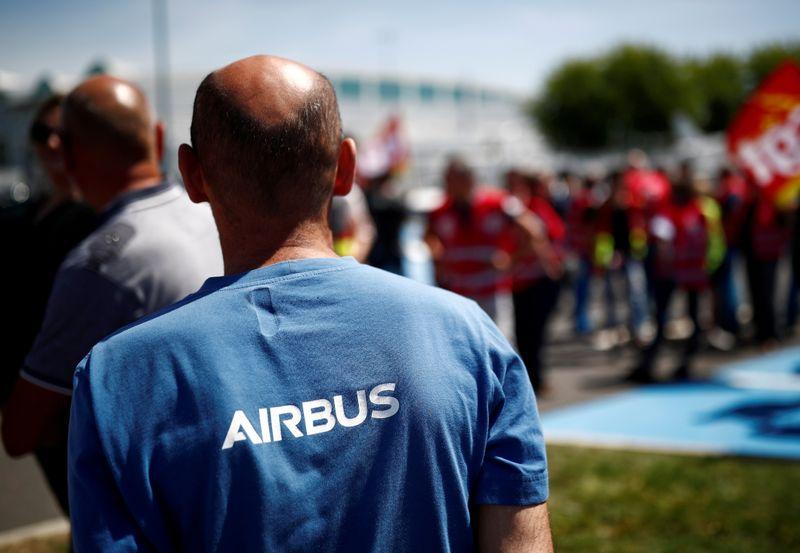 By Johanna Decorse and Tim Hepher

TOULOUSE, France (Reuters) - Airbus has stepped up warnings of compulsory layoffs as air travel fails to recover as quickly as expected from the coronavirus crisis, putting itself on a potential collision course with unions and the French government.

The warning in a letter to its 130,000 staff from Chief Executive Guillaume Faury, seen by Reuters, marks a more pessimistic tone from the planemaker, which had previously said only that it could not rule out compulsory measures.

"I owe it to you to be transparent: it's unlikely that voluntary departures will be enough," Faury wrote in the letter distributed on Friday evening.

Unions and the French government have urged the Toulouse-based planemaker to avoid compulsory layoffs as it sheds up to 15,000 posts to cope with plummeting travel demand.

Airbus has repeatedly warned that the outlook is uncertain as the industry's worst crisis hits aircraft deliveries and severely weakens airline finances.

But a disappointing rise in air travel over the summer has cast a fresh pall over the company's biggest ever restructuring plans.

"Unfortunately, the recovery in airline traffic over the summer period has not been at the level the industry was counting on," Faury wrote.

"We must now prepare for a crisis that will probably be even deeper and longer than the previous scenarios suggested".

The group representing most of the world's airlines, the International Air Transport Association, said last week that air traffic had failed to recover as quickly as expected during July, a key part of the peak season for airline revenues.

IATA says inconsistent border rules are hampering the recovery, making it difficult for airlines to plan ahead.

An Airbus spokesman confirmed that Faury had issued a "general business update" to staff.

"This is part of the constant dialogue between Airbus’ top management and employees, which is crucial in these challenging times in order to ensure transparency and share information with our global workforce," the spokesman said by email.

An official with France's CGT union accused Airbus of deliberately stoking up staff anxieties ahead of further labour negotiations starting in one week.

Airbus has so far launched an internal call for voluntary departures and early retirements, in a scheme expected to run until the end of the year.