Air India today announced three-days-a-week non-stop Delhi-San Francisco flight from December 2 even as some airline officials said this proposal was yet to be cleared by the airline's board of directors.

Also, they said an economic feasibility study has not been conducted till now though the airline went ahead with the announcement to coincide with World Tourism Day.

The new flight will be a first between Delhi and the West Coast of the United States and AI expects passengers from other Indian cities to come to Delhi via the Air India network for their journey onward to SFO. 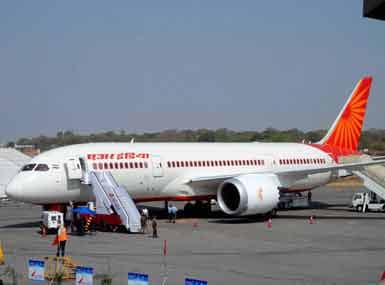 "The flight will be a boon to the Indian diaspora on the US West coast. It will make travel easy and convenient for students and parents of NRIs... Passengers from seven cities, all IT hubs in India i.e Bengaluru, Mumbai, Chennai, Hyderabad, Kochi, Ahmedabad and Pune will have seamless connections to the flight from Delhi. Likewise, the return flight from San Francisco will provide onward connections to nine cities i.e. Bengaluru, Mumbai, Chennai, Kolkata, Hyderabad, Kochi, Ahmedabad, Pune and Bhubaneswar," AI said in a statement.

An AI official said the airline may use the Boeing 777-200LR aircraft for this flight.

The flight will offer a 3-cabin configuration, with 8 seats in First Class, 35 seats in Business Class and 195 seats in Economy Class.

AI officials told Firstpost not just SFO, internal discussions are on for at least two other international destinations - Amsterdam and Barcelona. And there is talk of starting an Ahmedabad-London service too shortly.

But why does Air India want to expand international operations, which have typically bled it dry? It is the longest serving legacy Indian carrier flying to marquee destinations abroad but its domestic operations have been earning far better.

According to data between April 2014 and January this year, the airline deployed just a fourth of its capacity on domestic routes but these flights generated 40% of its total revenues.

In fact, domestic yields (which means revenue per passenger) were much higher at over Rs 6 when international yields languished at around Rs 3.50. So the question that begs an answer is: A non-stop flight to SFO will sure raise the glamour quotient of the airline but will it again help AI financially?

Instead of mindless overseas expansion, the airline needs to consolidate its grip on the domestic market if it wants to survive the onslaught of competing airlines like IndiGo (already a formidable force on domestic routes), Jet (which is strengthening domestic operations) and new airline Vistara.

Last fiscal's data shows that 3 in 4 flights on the Air India network were destined for foreign shores between April and January but they brought in less than two-thirds of the airline's revenues.

During the 10 months under review, the airline lost close to Rs 500 crore on the Ahmedabad-Mumbai-Newark connection alone. Another about Rs 200 crore was lost on the Delhi-Sydney-Melbourne flight.

The Ahmedabad-Mumbai-London flight, which is obviously a busy route, raked in losses of over Rs 250 crore. Another flight to London, the Amritsar-Delhi-London one, made losses of well over Rs 200 crore. In fact, 39 international flights brought in over 70% of the operational loss in 2014-15.

During the 10 months between April-January last fiscal, the Delhi-Moscow service was not even meeting its variable costs - this means flights on this sector were not meeting even their fuel costs.

The Moscow route marked resumption of services by AI after 15 years. So the halving of frequencies, from 4 flights a week to just two a week, shows poor planning and ground work before launching this flight. Then, Air India has also withdrawn a flight on the Delhi-Dhaka route because this flight was not meeting even cash costs.

It is interesting to note that the Dholakia Committee, which recommended that flights which are unable to meet their variable costs be either axed or restructured, found that this single step will get Air India maximum annual cost savings of Rs 580 crore each year.

The official quoted above said new Chairman and MD Ashwani Lohani has already constituted a committee to look into loss making routes across the airline's network which will be headed by GM (Revenue Management).