By Laurence Frost and Arno Schuetze PARIS/FRANKFURT (Reuters) - Air France-KLM is moving towards a 10 billion euro ($10.9 billion) government-backed rescue deal, sources said, after France agreed to higher guarantees on loans designed to tide the airline group through the coronavirus crisis. 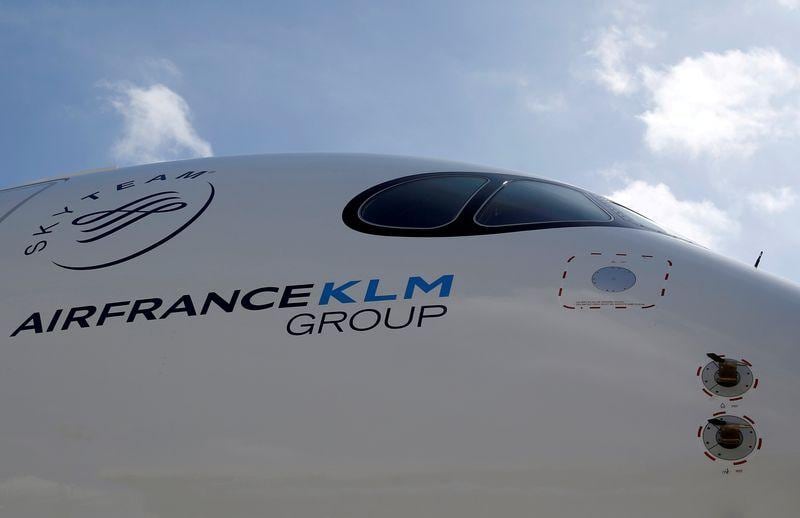 By Laurence Frost and Arno Schuetze

Paris is ready to vouch for 90% or more of the bank loans to Air France, rather than the 70% initially offered, two people with knowledge of the matter told Reuters. The increased guarantees were first reported by La Tribune on Wednesday.

Banks had been holding out for an improvement on the 70% French guarantees offered for about 4 billion euros in loans to Air France, to be accompanied by close to 2 billion euros in Dutch-backed lending to KLM, Reuters reported on April 3.

The entire package for the Franco-Dutch airline group as a whole now amounts to about 10 billion euros, two sources said, confirming earlier reports in La Tribune and other French media.

In addition to the guaranteed bank loans, Air France is likely to draw on a government emergency fund, increasing its total support to about 8 billion euros, the sources said.

The loan spree would also leave an indebted Air France-KLM in need of new capital investment, risking heightened tensions between the two governments - which each own close to 14% of the group and are already at loggerheads over strategy.

Group chairman Anne-Marie Couderc told French senators on Wednesday that talks on a combination of state guarantees and direct loans to Air France should conclude "in coming days", while an agreement on Dutch support for KLM would take longer.

"I don't think we will be able to match up the two timetables, even if that might obviously have been desirable for a clearer overall view of the group's cash requirements," Couderc told a Senate committee hearing.