By Aishwarya Venugopal and Svea Herbst-Bayliss (Reuters) - Billionaire investor William Ackman said on Wednesday that his hedge fund had taken a roughly $1 billion stake in Lowe's , revealing his third large investment this year. Ackman disclosed the stake at a New York conference, said two attendees at the private event on condition of anonymity. 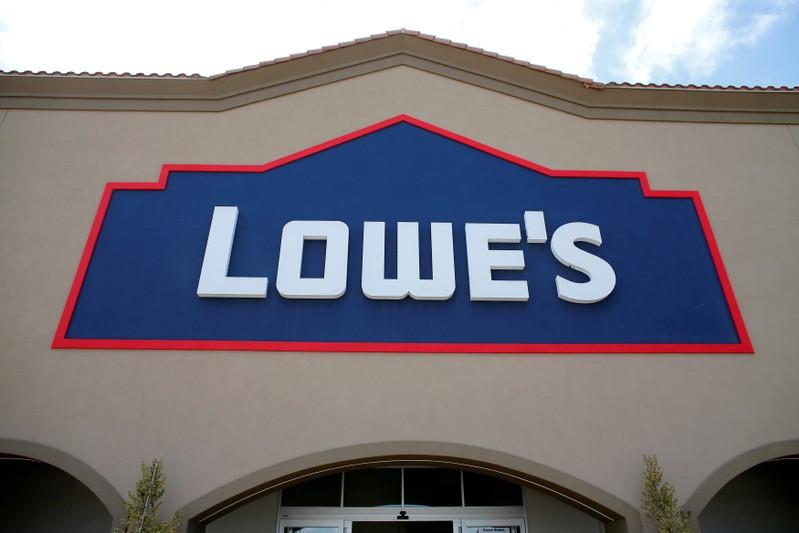 By Aishwarya Venugopal and Svea Herbst-Bayliss

Ackman disclosed the stake at a New York conference, said two attendees at the private event on condition of anonymity.

The news came hours after Lowe's affirmed its annual financial targets but reported slightly weaker-than-expected first-quarter results. The company's stock price had been moving higher most of the morning and continued to climb after Ackman's disclosure. The stock ended trading up 10.4 percent at $94.69 on the New York Stock Exchange.

With Ackman one of the hedge fund industry's most closely watched activist investors, his stock bets tend to push up shares of companies he invests in, on speculation that he will agitate for boardroom changes.

The record of Ackman's $8 billion Pershing Square Capital Management has been spotty in recent years. Only a week ago he said his funds were finally making money again after chalking up losses earlier in 2018 on the heels of three years of negative returns, spoiled mainly by a bad bet on Valeant Pharmaceuticals International Inc

In January Ackman announced an investment in Nike Inc

With Lowe's, Ackman supports Ellison and is not seeking a board seat for Pershing Square, said a person familiar with the investor's thinking who was not authorized to discuss it publicly. Earlier this year Lowe's reached a settlement with hedge fund D.E. Shaw Group, which has a roughly $1 billion stake in Lowe's, to put three new directors on the board.

At the start of 2018 Ackman told clients that he would focus more on the investment business instead of marketing his roughly $8 billion hedge fund. Wall Street took that as a signal that one of the industry's highest-profile investors was planning to stay out of the limelight. But as Pershing's returns improved, Ackman has been seen more at conferences and other events.

Ackman quit J.C. Penney's board five years ago after having tried in vain for years to overhaul the retailer by hiring Ron Johnson as CEO and upgrading the merchandise. He has been following Ellison's career and had invested in Lowe's before.

In its quarterly results, Lowe's brushed aside lower-than-expected same-store sales as driven chiefly by cold weather.

A prolonged winter in some U.S. states hit demand for outdoor products at Lowe's in the February-April period, but the company was optimistic about making up for lost business.

"We are anticipating recovering the majority of the sales miss in the first quarter. ... So that's what we factored in to maintain our guidance," Chief Financial Officer Marshall Croom said on a conference call with analysts.