Aadhaar may be made must for market investments: Good to curb laundering but what about data security?

Aadhaar seems to be the master-key to get accesses into doors which once were never shut. Take for instance, your financial investments. Aadhaar may soon become mandatory for buying shares and mutual funds, according to a report in The Economic Times. 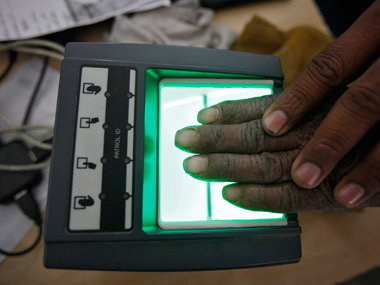 This move to link the 12 digit number to financial transactions being considered by the government and markets regulator Sebi is yet another attempt to stop the flow of black money entering into the financial markets.

It’s not clear if Aadhaar will replace PAN, or whether it will be in addition to providing PAN details.

As far as linking Aadhaar for buying mutual funds and shares is concerned, the proposed move will probably impact those who use multiple PANs for investments, and those brokers who, in collusion with such people, invest illegal funds in markets. For the common man, it is unlikely to make any major difference.

Over the last few months, the government has made Aadhaar mandatory for a number of services, especially those related to your finances. Aadhaar is currently used as one of the KYC documents for your dealings in the financial sector but it's definitely not a compulsory document.

Though the government's decision to make Aadhaar mandatory for income tax returns filing has turned controversial, the government has made it clear that it intents to replace PAN with Aadhaar.

The reason being cited by the government is the issues with PAN, especially the duplicate numbers that being used to launder money by the tax cheats. Just last month, the government deactivated 11.44 lakh PANs for this reason.

The ET report cites market participants as saying that PAN, though unique for every individual for income-tax assessment purpose, has not been successful in preventing the laundering of money in the financial markets. According to brokers, multiple PANs and fake demat accounts are still being used to push illegal money into the stock market. The proposal to make Aadhaar mandatory for market dealings has to be seen in this context.

Suresh Sadagopan, a Mumbai-based certified financial planner, says, "The move is to clean the system used by crooks. For honest investors, it is just an additional step in the process of investing."

Sadagopan admits that there are concerns regarding the security of data. "A large amount of data is publicly available even today, which is a bad thing," he said.

This indeed is a big concern. Nandan Nilekani, former chief of Unique Identification Authority of India that issues Aadhaar, recently voiced his concerns over this.

"There hasn't been a hack to Aadhaar systems. People have tried to get access to OTPs (one-time passwords) and game others' details and capture them. It's not really a hack, but absolutely, security is going to be a big concern," Nilekani was quoted as saying in a report in The Times of India. He was speaking at an event by the Confederation of Indian Industry (CII) on Tuesday.

In May, the Bengaluru-based Centre for Internet and Society had published a report saying about government websites have leaked Aadhaar data of over 130 million users. The government, however, vehemently denied the development.

Despite all these, the move to make Aadhaar mandatory in financial markets is positive and goes well with the government's battle to curb black money generation.

However, with stock market investment too coming under Aadhaar, the government should move quickly to secure data from potential misuse.