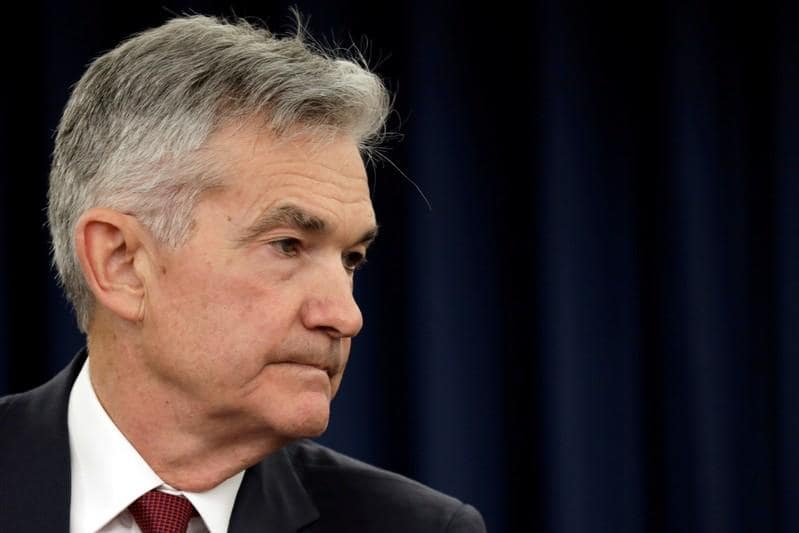 The U.S. Federal Reserve has begun signalling the end of its rate-hike cycle is not far off, winding down its sometimes Sisyphean effort to restore a semblance of normalcy to monetary policy. It has been a slow slog - the Fed has managed just nine increases in three years, and it may squeeze in just a couple more.

The Fed has picked up a few wins along the way, but it also notched some losses and draws. Here are a few:

UNEMPLOYMENT - The 3.7 percent jobless rate at a 49-year low is arguably the Fed's touchstone achievement of the post-financial crisis era.

Sure, other steps helped along the way, including the Republican tax cut and spending boost from the Trump administration. But the historic run of job growth has gone on longer than even the Fed expected.

So score one for the central bank's "lower for longer" strategy of keeping rates pinned down, its steady guidance that any increases would be ploddingly slow, and arguably its massive balance sheet that anchored home mortgage and other important longer-term rates. https://tmsnrt.rs/2R5gWrv

BALANCE SHEET - At its peak, the Fed's stash of bonds totalled an eye-popping $4.25 trillion and served as a key plank of its crisis response.

Over time this became a political liability as Republicans in particular urged the central bank to pull back from financial markets. Former Fed Chair Janet Yellen ignored their demands to sell off the assets out of concern a too-quick withdrawal from the Fed could shock global bond markets - never a good thing.

Instead the Fed is allowing its assets to mature and "roll off" by as much as $50 billion per month, so far with little apparent disruption. Over the last year it has winnowed its stash to around $3.9 trillion

INTEREST ON EXCESS RESERVES - The crisis upended the Fed's method for controlling its target interest rate, which it previously had done by raising or lowering the supply of scarce reserves in the banking system.

In the post-crisis world, the Fed's expanding balance sheet meant banks were flush with reserves and that the Fed needed a new system. Using powers earlier authorized by Congress, banks are now paid interest on reserves parked at the Fed, creating a baseline for other, market-based rates.

Though also politically unpopular among some lawmakers, the system has largely worked well, with some adjustments, at fixing the federal funds rate within the range set by officials.

FORECASTING - The Fed in 2012 began releasing projections each quarter from its governors and reserve bank presidents for economic measures.

That first set of forecasts showed median growth for 2014 expected at 3.65 percent. Actual growth was 2.4 percent - the first in a series of forecast misses that showed just how poorly the country's top economic minds were at unravelling how the Great Recession changed the economy.

It didn't matter much to policy at the time - rates were not going to be raised anyway. But it arguably nicked the Fed's credibility as policymakers were continually forced to downgrade their outlook year by year. https://tmsnrt.rs/2GENOUa

NEUTRAL - The neutral rate of interest, blessed with the wonky moniker "R star," went from being a cornerstone of policy and a fixation of researchers under former Chair Janet Yellen, to a source of confusion under Jerome Powell.

It is important to economic models in trying to assess the point at which the Fed is no longer influencing economic decisions, but holding things steady. But consider: policymakers' first public estimates of the "longer run" federal funds rate ran from 3.75 to 4.5 percent. The most recent, issued this week, were in a completely different range, from 2.5 percent to 3.5 percent.

Foggy, to say the least.

POLITICAL ECONOMY - The Fed ventured into the unknown during the crisis, slashing interest rates to zero and launching a massive asset purchase programme. Its oversight since has been intense, with criticism pulling it in all directions depending on which end of Pennsylvania Avenue was speaking the loudest.

Here's Republican Andy Barr of Kentucky grilling Powell in February: "Your task is to continue to unwind the Fed’s asset purchases, gradually, and predictably return to market-based interest rates, and remove monetary distortions from the economy without producing excessive disruption.”

President Donald Trump, meanwhile, has heaped scorn on the Fed for doing just that, calling rate hikes "loco" and asking them to "stop with the 50B’s," when it comes to the monthly $50 billion balance sheet runoff.

CALL IT A DRAW?

INFLATION - The Fed has yet to formally "declare victory" on its 2 percent inflation target. Even though the pace of price increases has edged towards that goal, it has not convincingly hit or exceeded it in a way officials believe will stick. And the readings of late have been weaker. https://tmsnrt.rs/2GusFM1

COMMUNICATIONS - The Fed in the post-crisis era has become far more open in how it talks to the public and markets, a plus in an era when it was acting in unconventional ways and needed to maintain public trust.

But that same openness has caused confusion, from the hailstorm of chatter from reserve bank presidents to the misbegotten nature of the "dot plot" of officials' estimates of where the fed funds rate is heading. The Fed says it isn't a forecast, but markets read it as such, and have made a parlour sport of guessing which dot is the chair's, and thus first among equals. Meanwhile, Powell, like his predecessors, has had his stumbles, confounding markets in recent weeks by implying rates would rise fast, then having to dial that back. Just this week the Fed's projections showed a slowing economy and a slowing set of rate increases, while its statement was a bullish recount of U.S. strength.