A Fed interest rate cut is in the bag. What then?

By Ann Saphir SAN FRANCISCO (Reuters) - U.S. central bankers are expected to lower borrowing costs this week for the first time since the depths of the financial crisis more than a decade ago. That's the easy part. 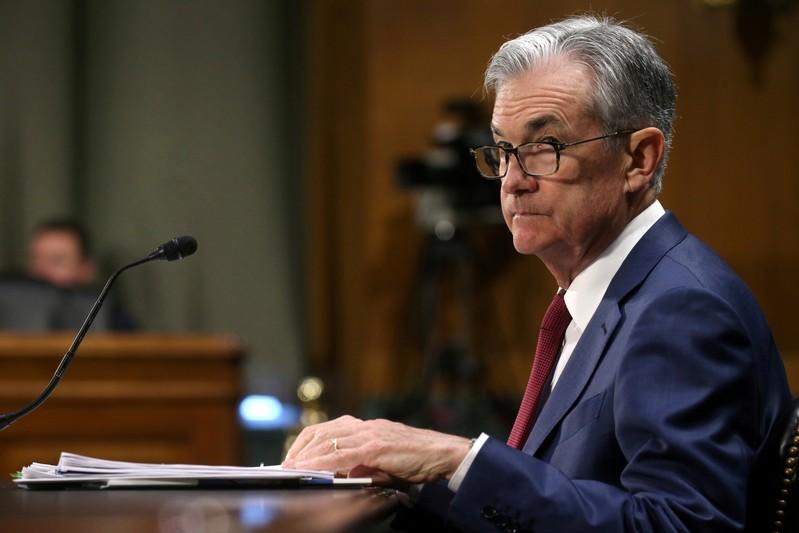 SAN FRANCISCO (Reuters) - U.S. central bankers are expected to lower borrowing costs this week for the first time since the depths of the financial crisis more than a decade ago. That's the easy part.

Whether that innaugurates a series of quarter-percentage-point interest rate cuts that could stretch deep into next year, as financial markets are betting, or something more limited is by far the harder decision facing Federal Reserve policymakers.

One reason: No clear consensus from Fed officials about why they need to cut rates in the first place, particularly with the U.S. unemployment rate near a 50-year low and the American economy puttering along as the best-in-class performer among developed nations.

Is it a bit of insurance against risks posed by slowing global growth and trade tensions? A step to bolster sluggish inflation? A bid to lift labor markets further? An effort to right kinks in the bond market? Over the last several weeks, Fed policymakers have floated each of these ideas and others.

New York Fed President John Williams even briefly convinced markets the Fed planned to cut rates by half a percentage point this week, until the New York Fed issued a statement to explain that his remarks about "vaccinating" the economy against serious illness were academic in nature and not meant to signal near-term policy decisions.

Complicating matters is the Fed's desire to make clear that loosening monetary policy is not a reaction to months of pressure from U.S. President Donald Trump to do just that.

Investors should get some clarity when the Fed's rate-setting committee releases its policy statement at 2 p.m. EDT (1800 GMT) on Wednesday after the end of a two-day meeting. Fed Chairman Jerome Powell will hold a press conference shortly after.

Economists and traders overwhelmingly expect the Fed to cut its policy rate by a quarter of a percentage point on Wednesday, matching the size of each of the nine rate hikes the Fed delivered from 2015 to 2018.

The big debate at the July 30-31 meeting will be about what comes next, and how to communicate it, Cornerstone Macro economist Roberto Perli said.

"I bet the statement will ... leave the door open to more, to at least another 25 (basis-point cut) down the road," Perli said.

But as for what economic threshold would trigger a further rate cut, he said, "I don't think they have a clear idea."

The federal funds rate is currently set in a range of 2.25% to 2.50%. Traders of futures tied to the rate have priced in a full percentage-point drop by the end of next year. But the economic picture now is quite different from the last few times the Fed has cut rates.

Since the Fed's last rate-setting meeting in mid-June, economic data on retail sales and job creation has been stronger than expected, and durable goods orders, a proxy for business spending plans, jumped in June. At the same time, U.S. home sales tumbled, manufacturing has been weak for months, and exports are down.

A report on Friday showed robust consumer spending kept the U.S. economy growing at a 2.1% pace in the second quarter, a smaller slowdown than expected. But it also underscored the weak business investment and inflation that has worried Powell.

The competing threads are likely to feed a robust debate during the meeting over whether a rate cut is even needed, and may limit how much more easing could be signaled.

"I think it’s a stretch to think this either is or should be the beginning of an easing cycle; it’s simply not warranted," said Ward McCarthy, chief U.S. economist at Jefferies.

Some Fed policymakers, including Kansas City Fed President Esther George and Boston Fed President Eric Rosengren, may even go so far as to register their reservations over further easing with a formal dissent.

Still, the Fed has a lot to contend with.

Mounting signs of weakness in Europe and China and the prospect that new British Prime Minister Boris Johnson will make a messy exit from the European Union have raised the odds of rate cuts abroad, with the European Central Bank looking all but certain to ease policy come September.

Some see rate reductions overseas as building the case for reducing U.S. rates.

Indeed that's been a core argument from Trump, who has accused foreign central bankers of using monetary policy to devalue their currencies, and urged the Fed to do likewise.

In gauging the Fed's next step, investors will have no "dot plot" to consult, as they have after with every other policy move since the Fed began in 2012 to publish quarterly interest-rate forecasts from individual policymakers.

Because those forecasts have at times been at odds with the Fed's agreed-upon policy message, their absence could actually make Powell's task easier.

"Not having the projections this month gives them a lot more leeway in sending a message of 'we'll respond as warranted,'" said Richard Moody, chief economist at Regions Financial Corp.

The Fed could also put an early end to planned reductions to its $3.8 trillion balance sheet, built up during years of bond-buying after the 2007-2009 Great Recession. The runoff, seen as tightening policy on the margins, is scheduled to end in September in any case.

Ending it slightly early could defuse criticism that balance sheet policy is working at cross purposes with interest rate policy. And should the Fed disappoint markets by signaling further rate cuts are less than a sure thing, Moody said, a change to the balance sheet plan could be a "consolation prize."