10% quota for EWS in general category: Govt should revise poverty line, ensure all poor come under the ambit

The latest bill that has granted 10 percent reservation for economically weaker sections (EWS) among the upper castes raises many critical questions on its method of ‘eligibility’ .

Above and Below Poverty Line (APL/BPL) is the established method of assessing ‘eligibility’ to get government support, especially subsidised food items. Poverty is the criterion.

In India, the rate of poverty assessment came into being in 1962. The Planning Commission constituted a Working Group in 1962 to find out a desirable minimum level of income for the population. 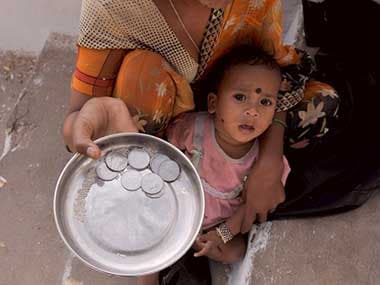 In 1993, the Lakdawala Committee report came up with different criteria for the poverty estimation. However, the findings of the committee raised many objections and the government had to appoint another panel headed by C Rangarajan to revise the number and the method of assessing poverty.

The calorie intake is the criteria for assessing the number of poor, so the income also matters. Here is the importance of officially neglected Arjun Sen Gupta Committee report’s findings in the context of income based reservation.

According to the committee report, 92 percent of the country's workforce is  employed in the informal or unorganised  economy (i.e. those who work in the  unorganised sector plus the informal workers  in the organised sector). It is but natural that there is a high congruence between the poor  and the vulnerable segments of the society (who may be called the common people).

The Arjun Sen Gupta Report was completely dismissed and neglected by the government and political parties. The Left parties often refer this report for political purpose.

Every political party except All India Muslim League and All India Majlis-e-Ittehadul Muslimeen opposed the Bill. Their opposition was on the importance of reservation among Muslims which was strongly recommended in Sachar Committee reports. So, those who endorse the reservation for the economically weaker class must revise the poverty line in the country and ensure that all poor are eligible for reservation and subsidies. All parties agree that Rs 8,00,000 as the benchmark while for the structurally excluded poor have to limit their income at Rs 4,860/ in Rural and Rs 7,035 for urban to get the support of social security. This is injustice.

There is no foolproof method to identify the poor. It is the responsibility of the ruling party and those who support the bill to explain how the method of assessing income limit is estimated?  What is the difference between Rs 8,00,000 and Rs 4,860/ in Rural and Rs 7,035 for urban areas in getting government support? One argument could be that the economic reservation for getting jobs only and not for subsidies. If we agree to this argument, Parliament should explain why they are not amending the calorie intake norms for poor and why there are high margins for other weaker middle class.