Can We Really Solve The Plastics Problem?

The human impact on the earth, especially since the industrial revolution, is so profound that a group of scientists is lobbying for the current Holocene epoch (the stable climate era since the last ice age 12,000 years ago) to give way to the Anthropocene epoch.

A geological epoch is defined by signals that are global in nature - for instance, when cutting into the earth, you know you’ve hit the Cretaceous epoch, because you find a lot of Iridium. Iridium came from the meteor strike that triggered the mass extinction of the dinosaurs. For the proposed Anthropocene epoch, this marker will be plastic.

This isn’t an exaggeration. Today, between 5 and 13 million tonnes of plastic is dumped into the oceans annually. Rivers are the biggest culprits here. Plastic is light and gets washed down drains and blown into the water by winds. Think of the last time you were caught in the rain - chances are, you noticed that all the litter on the street was caught up in water and washed into drains.

Once in the ocean, there is nowhere for the plastic to go. Some of it sinks, but most of it floats, and gets mistaken for food by marine life. We’ve all seen heartbreaking pictures of turtles caught in can rings, and fish with distended stomachs full of plastic that their bodies aren’t equipped to deal with. The situation is grim.

Fortunately, the world’s biggest think tank has some solutions. 14 year old Jainam Shah has conceptualized the Marine Deplasticizer. A device that consists of several arrays of strainers and filters to grab plastics of all sizes, and that is smart enough to avoid fish. It can be deployed on rivers, catching the plastic pollution before it ever enters the ocean. So that’s one solution. But it creates another problem - where does all this plastic go then? 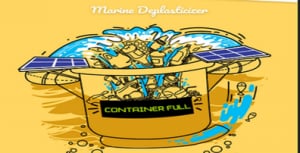 15 year old Nimit Sheth has the solution for that one. His solution is elegant: melt the plastic waste, and mix with sand, stone and water to make concrete and bricks. Should this solution become commercially viable, not only will it create a sink for millions of tonnes of plastic, but it will also help lessen the demand for river sand (a non-renewable resource) for construction.

It may seem surprising that children this young are ideating on such enormous problems, but it is extremely common. Volvo Cars saw this firsthand during the 2018 BreatheFree campaign, during which they reached out to school children in New Delhi to educate them about air filters.

The BreatheFree campaign is one of the many steps Volvo Cars is taking in its fight against climate change, and more specifically, air pollution. Starting from 2018, Volvo Cars have launched a new electric model each year, and have pledged that by 2025, 50% of all sales will be electric. Additionally, they are also committing to slashing by half the carbon footprint of producing their cars.

The BreatheFree campaign also brought about the winning partnership between PerSapien as the technology partner and Volvo Cars. For two years now, they’ve had the pleasure of inspiring change - particularly among the youngest members of society. This year the BreatheFree campaign included the Voices of Future contest which called all inventors, tinkerers and blue sky thinkers who are still in school, to submit their ideas on how to combat climate change, especially air pollution.

PerSapien’s role as mentor to the winning idea has generated a lot of excitement for both the winner, and the PerSapien staff who are looking forward to helping this young innovator realise his vision. But that’s not all. The top 20 ideas generated through the Voices of Future contest will be compiled into an e-book. Both Nimit and Jainam’s ideas are part of this list.

What’s needed now, is for entrepreneurs to step forward and build these ideas into something commercially and environmentally viable. Together with the individual actions we can all take, it will be these innovations that will turn the tide on climate change. 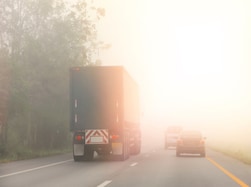 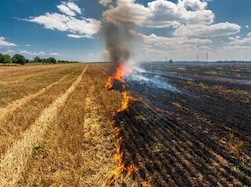