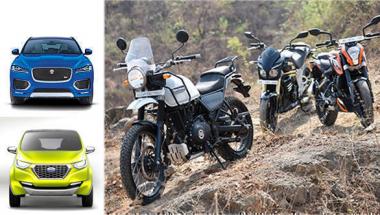 This week on the OVERDRIVE show, we take a look at the unveiling of the production version of the Datsun redi-GO. Datsun has already been launched a teaser campaign for the upcoming car which reveals its overall shape. The concept model was shown at the 2014 Auto Expo. The redi-GO concept had a muscular profile with a high-rise cabin. The production version is expected to retain all the features shown on the concept. Datsun, the Renault-Nissan alliance’s low-cost brand, is likely to position the redi-GO below the Kwid.

Here's a closer look at the Datsun redi-GO hatchback

The new Datsun is about to break cover

Will rival the Alto, Eon and its very own sibling, the Kwid