The rally hosted six legs which took participants all across the deserts of Rajasthan. Here's what happened in the first three 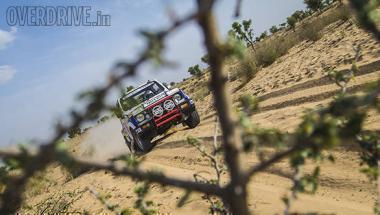 The 2016 Desert Storm has just ended with Suresh Rana (co-driver Ashwin Naik) and CS Santosh  emerging as the respective winners of the Xtreme and Moto categories. The rally hosted a total of six legs that took participants and us around Rajasthan through the more scenic route. However, most of these routes barely had any roads to follow. The first three legs had six competitive stages including one night stage. Here's what happened during these legs in images.

This leg consisted of two competitive...