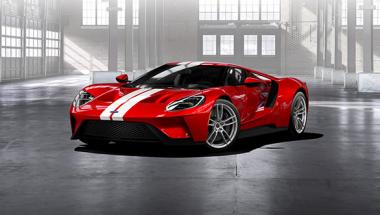 At the 2015 North American International Auto Show, when a new Ford GT was introduced, sportscar enthusiasts as well as celebrities rushed to the Ford website to book one. As Ford planned to build only 250 units of the GT per year till 2017, thousand mourned on the missed opportunity.

Good news for them.

Ford Performance has announced that it is adding two more years of production for the all-new Ford GT supercar. Those who already registered to buy the GT will have to update their request when the next application window reopens in...

Detroit Auto Show 2017: The best announcements from the show

A quick look at some of the most interesting announcements made at the Detroit Auto Show for 2017.

Photos: The glitziest cars at this year's edition of the Detroit Auto Show

Some of the sleekest cars were on display at the Detroit Auto Show. Here are the images.

Video worth watching: Wind tunnel testing of the 2017 Ford GT