Peter Griffin is Editor, Special Features, at Forbes India and ForbesLife India. He also handles social media for both publications. In previous lives, he was a space seller, PR consultant, advertising creative director, voice-over artist, RJ, TV host, web producer and content architect, freelance travel writer, columnist, consultant to NGOs, some of them simultaneously and often for real folding money. He has blogged since 2003, and has co-founded the South-East Asia Tsunami & Earthquake and Mumbai Help blogs (which, with other similar initiatives later became the WorldWideHelp group and the writers’ community, Caferati. He is a keen student of collaboration and online culture. He also writes poetry, and is inordinately proud of having got paid for a few poems. He is @zigzackly on Twitter. Ganesh visarjan, a great time for people-watching and taking in the sights and sounds, with the masses being present in no uncertain terms. A run for the money: Dhoni slips in Forbes highest paid athletes list

A run for the money: Dhoni slips in Forbes highest paid athletes list Dear Tendulkar-bhakts: how do you solve a problem like Maria?

Why does Sharapova's knowing who Tendulkar is even matter?

Her 1995 "The Internet Report" (with Chris DePuy) a Morgan Stanley industry report, was known as 'the bible' for dotcom boom investors. Since then, her annual reports have awaited eagerly by professionals in the internet world. 'My' Hinduism is a secure inclusive faith: So why isn't Modi's? Lotus to hands: What all should be hidden before the polls

This post was first published in Forbes in Septemeber 2012 when the EC demanded all statues of elephants be covered before the UP polls. With the Congress making similar demands with BJP's lotus symbol, we republish the list of things that should be covered up if that logic is followed religiously. Why Sachin is no God of cricket

We say Sachin Tendulkar is gifted, that his skills are superhuman, and that his records will never be broken. One cricket fan says we are wrong. Mahendra Singh Dhoni outranks several prominent personalities like Djokovic and Sharapova on endorsements, which propelled him into the top 20 on the Forbes list of highest paid athletes. In 1990, Mr Advani did his famous yatra. A few years later, an old masjid was brought down, riots convulsed Bombay twice, and the city survived a series of bomb blasts. Some things about this city changed then. And it’s never been quite the same. 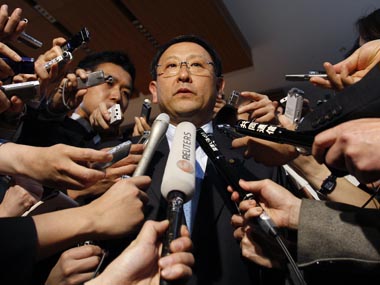 10 ways to impress a journalist

If you want to get on their good books, there's no need to follow their beats. Add a little personal touch, treat them posh and add a couple of freebies. They'll definitely return your calls then. Here's a little gospel about the Twitter world and the dos and don'ts of tweeting & re-tweeting.

Here's a little gospel about the Twitter world and the dos and don'ts of tweeting & re-tweeting.