Indrajit Gupta is the Editor of the Indian edition of Forbes, launched by Network18 in alliance with Forbes Media. Within a short span, Forbes India has emerged as the most influential business magazine in the market and set new benchmarks in journalism. Before joining the Network18 group, he was the Resident Editor at the flagship Mumbai edition of The Economic Times in Mumbai and before that, the National Business Editor at The Times of India. His grounding in journalism was built through his stints at Business Standard and Businessworld. Indrajit was nominated for the British Chevening Fellowship for Print Journalists awarded by the British Foreign and Commonwealth Office in 1999. He also won the Polestar Foundation Award for the Best In-depth feature Story of the Year in 2010. He is an alumnus of the SP Jain Institute of Management and Research, Mumbai and also holds a B.Com (Hons) degree from St Xavier’s College, Kolkata. While Tata's PR machinery in India scrambles into clarification and caveat mode, in a candid interview to Times London, Ratan Tata it seems has taken his gloves off. 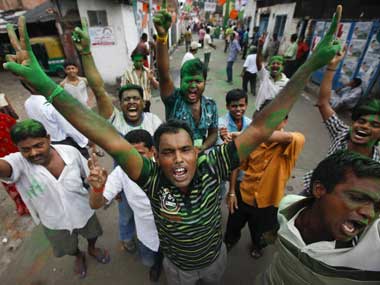 Mamata may have won the election, but Bengal needs to be restored to its former glory. Didi sure does need a bunch of influential Bongs to save the state. Here's my pick: Dada should head the sports ministry while Jojo, the editorial director at Times of India, knows best how to reverse flight of capital from the state. In Afghanistan, India Inc learns to hang together

Sometime in August this year, some of the largest mining and steel companies around the world will make final bids for the exploration rights to the 1.8 billion tonne Hajigak iron ore mines in the war-torn Bamiyan province in Afghanistan. India's steel first have to collaborate to beat the globo-majors in the mining business