Soon, you can watch 3D pictures without wearing glasses

Austrian researchers have developed a new kind of display that creates 3D effects without the need for 3D glasses. Scientists used a sophisticated laser system that sends laser beams into different directions. Therefore, different pictures are visible from different angles.

The Pentagon hack: Twitter needs to do more to prevent future breaches

As most organisations have more than a single person person looking after their Twitter accounts, passwords can easily get leaked out to unauthorised people, who would find passwords passed around in emails, notepads or sticky notes.

In a world where PS4 and Xbox One rule the gaming generation, it can be hard to bring back the experience of playing classic PC games - unless, of course, you're willing to break your modern computer and load it with Windows 95.

Audiophiles, have lots to swoon over with a bunch of ostentatious audio products showcased at the CES this year.

iPhone 6 to Android One: A look at the biggest hits and misses of 2014

As we approach the end of 2014, here’s a look at the tech products that people went crazy about and those that failed to meet expectations.

Here are the best iOS apps launched in 2014. 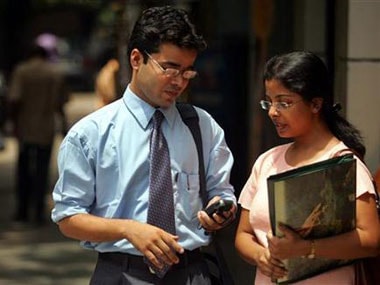 Here's a countdown of the top iOS apps launched in 2014, starting at number 50.

It's no secret that Micromax is also at loggerheads with rival OnePlus, which recently launched its Cyanogen OS smartphone in India. Micromax has reportedly filed a lawsuit against OnePlus for infringing its exclusive rights over Cyanogen in India. Now that the two phones have been launched, we take a closer look at the specification to find out who did a better job at making their respective Cyanogen smartphones.

Here's a countdown of the top iOS apps launched in 2014, starting at number 40. Micromax launches Yureka with Cyanogen OS at Rs 8,999; available only on Amazon

Micromax has launched its first smartphone under the Yu range, called Yureka, at a price of Rs 8,999.

But has Lenovo done enough to make it stand out in terms of the performance? We find out in our detailed review of the Lenovo Yoga Tablet 2.

Not only has the Delhi court taken a harsh action against Xiaomi by banning its devices in India, it’s done that by looking at just one side of the story.

Note 4, iPhone 6 Plus move aside: Here are the best pocket-sized smartphone alternatives

No matter how many goodies a smartphone packs, not everyone likes to be seen talking on one that covers half of your face. If you are one such user looking to buy a smartphone that's easy to carry and use one-handed - here are the phones that top our list.

GOSF 2014: Five things to keep in mind before you shop online

With some great offers up for grabs, it's no doubt the best time to shop for the things you've been having your eye on. That said, it's equally important that you be cautious before you part with your cash and make sure you best the best value for your money. Here are five ways that will help you make the best of the 2014 GOSF sale.

While the premium smartphone is quintessential to many, the iPhone has also been a subject of ridicule for the many blunders Apple has made over the years. Here are the top-five iPhone bloopers that made headlines.

Cyanogen snubs OnePlus for Micromax: What this means for Indian buyers

The Micromax-Cyanogen partnership announcement comes right at the time when OnePlus One is gearing towards its India launch with Amazon on December 2.

The Nokia Lumia 535 has launched in India at a budget price of Rs 9,199. We had the chance to use the phone during the launch today and take a closer look at what it has to offer. Here are our first impressions.